Put the wrong fuel in your car? Here’s what to do 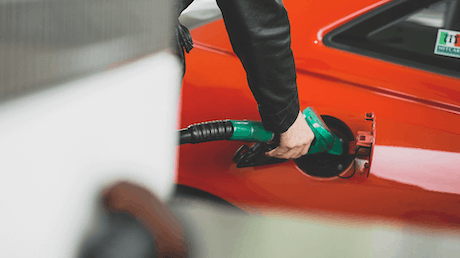 Putting the wrong fuel in your car isn’t as uncommon as you may think. According to the RAC, around 150,000 Brits get their pumps mixed up each year.

1. Do not start your engine

If you’ve spotted you’ve put the wrong fuel in before turning your car on, keep it off. At this point it’ll just be sitting in the fuel tank, making it a relatively easy fix.

If you’ve already driven away

Stop your car as soon as it’s safe to do so. Ideally in a lay-by. Continuing to drive your car will cause more severe damage.

2. Push your car to a safe spot

Ask a staff member if they can help you push the car, or enlist the help of a friendly passerby. Put the car into neutral, take the handbrake off and get it to a safe place. Ideally, this would be a free parking space at the station itself.

Call your breakdown assistance service to help you. Misfuelling a car is so common that many have special vans equipped to drain fuel from tanks.

If you haven’t started your car, the chances are it’ll be a simple case of the recovery service emptying your tank and putting in enough of the correct fuel to get you going again.

If you have driven the car any distance, damage may be more extensive. It’s best to take the advice of the mechanic who has recovered your car on if it’s safe to drive or not. If not, it’s likely your car will be towed to the nearest garage for further inspection.

What happens if you put petrol into a diesel car?

As petrol pump nozzles are narrower than diesel tank openings, it’s much easier to put petrol into a diesel car than vice-versa.

Unfortunately, it’s also more likely to cause damage. Diesel acts as a lubricant in engines designed for the fuel, but petrol will have the opposite effect — causing more friction.

The result can be extensive permanent damage to the engine, which will worsen the further you drive.

What happens if you put diesel into a petrol car?

As diesel fuel nozzles are wider than petrol fuel tank openings, it’s much harder to misfuel this way.

Plus, petrol cars are much less likely to take damage from diesel than vice-versa. Diesel will clog up the petrol car’s spark plugs, causing a misfire and your engine to cut out.

The good news in most cases is that draining diesel from your petrol car should fix the issue, with a lower chance of lasting damage.

What happens if you put E10 fuel in a non-compatible car?

Petrol cars that aren’t compatible with E10 fuel should still run on the stuff. However, long-term damage to the engine is likely to occur because of bioethanol’s corrosive nature.

An accidental fuelling of one tank of E10 in an incompatible car shouldn’t cause major issues, but it’s best to refuel with E5 premium unleaded as soon as possible.

If you suspect you’ve put the wrong fuel in your car, look out for tell-tale symptoms:

Petrol in a diesel car

Diesel in a petrol car

Fixing a misfuelled car can be expensive, particularly so if you have put petrol into a diesel car.

In that case, your car’s entire fuel system may have to be replaced entirely. The cost and complexity of this will vary depending on your model but could be more expensive than the value of the car in some cases.

Putting diesel in a petrol car is less likely to cause lasting damage once the fuel has been drained. If you notice anything unusual with your car afterwards though, it’s best to have a mechanic check it over sooner than later.

I’ve only put a few litres of the wrong fuel in my car — will it be okay?

Using the wrong fuel in your car will very quickly cause problems, regardless of how much you put in. You should avoid starting your car if possible, or at the very least come to a safe stop as soon as possible.

Will my breakdown cover and/or car insurance cover misfuelling?

The majority of breakdown cover policies will cover costs related to draining the fuel tank of your car and recovering it to a garage if need be.

In contrast, insurance companies rarely provide repair cover for misfuelling as part of your policy. Some may offer it as an add-on, so it’s worth chatting with your provider.

Will my car warranty still be valid after misfuelling?

You should check with your warranty provider as policies vary.

How much does it cost to fix a misfuelled car?

Repairs to a misfuelled car can be expensive, particularly if you’ve driven a diesel car with petrol in. Costs vary on the extent of the damage, as well as the car model.

How can I avoid putting the wrong fuel in my car again?

There’s no harm in double-checking you’ve picked up the right fuel nozzle. It’s surprisingly easy to get it wrong.

If you’re unsure what type of fuel your car needs, many models state which type to use on the inside of the fuel cap cover. If you’re still left in doubt, check your car’s owner’s manual.