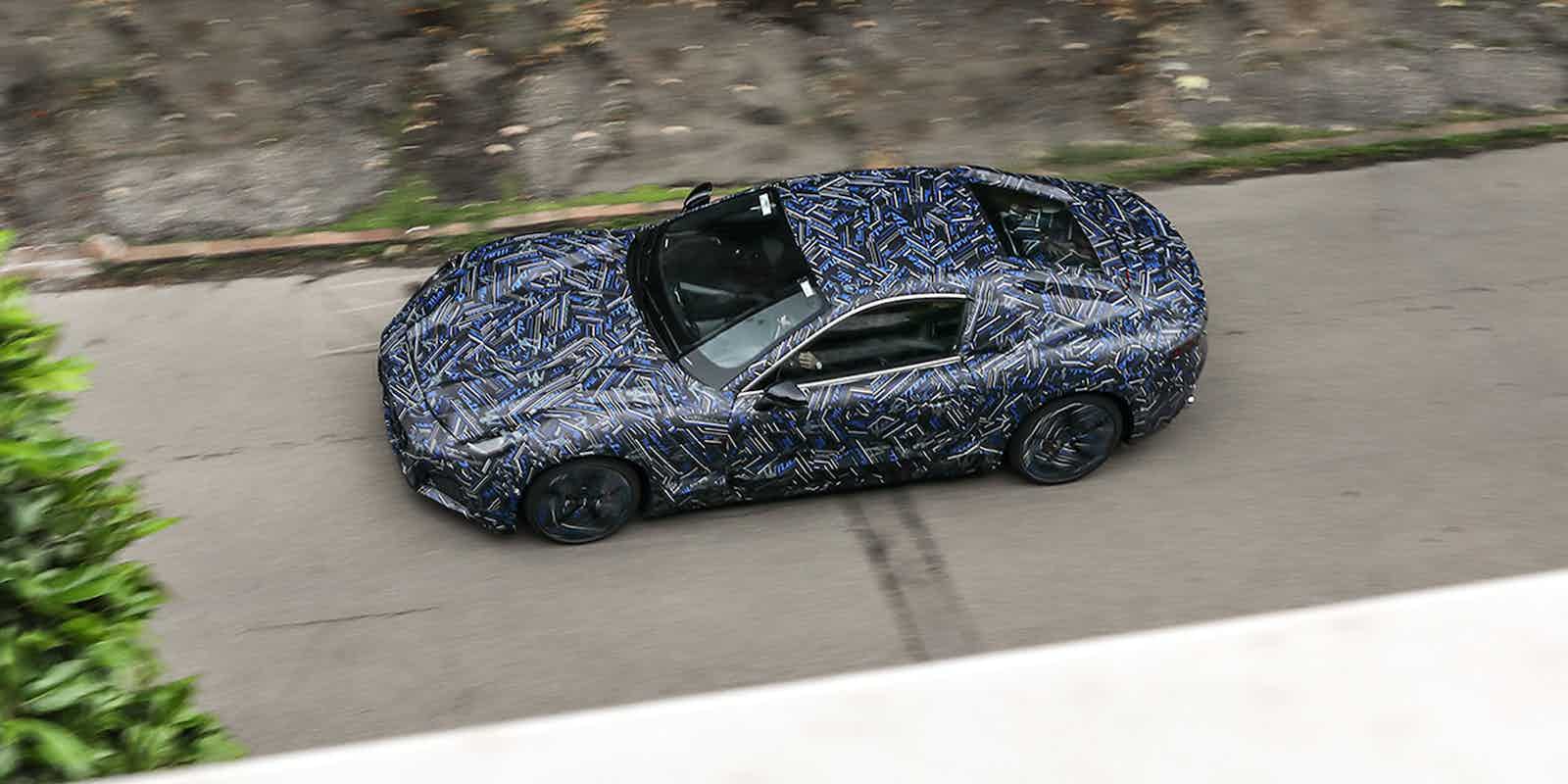 A new version of the Maserati GranTurismo is on the way and will be the Italian brand’s first all-electric car. Read on for full details.

This heavily-camouflaged coupe is the new Maserati GranTurismo, which is set to be the first all-electric car from the Italian brand. It’s expected to go on sale alongside a conventional petrol-powered model at some point in the next few years.

Little else is known about the car at the moment, though it could be revealed before the end of 2021.

It’s tough to make out the finer details of the Maserati GranTurismo in these teaser images but the new electric coupe’s profile is clear to see.

The front will get a typically wide Maserati grille with slatted inserts that’ll be flanked by two huge air intakes. Tiny headlights make an appearance as well, similar to those on the MC20 sports car.

Turbine-like wheels with five large, flat spokes are fitted here to this Maserati GranTurismo prototype too, which could be used to improve its aerodynamics.

There are no shots of the rear, though an exhaust pipe can be seen from the side suggesting these prototypes are using a combustion engine. That, or it’s a clever rouse…

There are no images yet of the interior of this new Maserati GranTurismo, though expect it to be even more luxurious than the outgoing car’s cabin.

The outgoing GranTurismo had been in production since 2007, so it’s fair to assume it will at least be a drastic modernisation compared with the old car — with large screens playing a key role in that.

Maserati has confirmed the GranTurismo will come with a petrol engine, but there’ll also be an all-electric version.

Rumours have suggested an upcoming all-electric version of the Maserati MC20 to use a tri-motor, 700hp setup — so it’s very possible the GranTurismo could use a similar system.

Range is anyone’s guess at this point, though 400 miles seems to be the new benchmark premium manufacturers including BMW and Mercedes are aiming for, so Maserati could well follow suit.

As well as having an all-electric version, you’ll still be able to get a Maserati GranTurismo with a combustion engine.

It won’t be the Ferrari-sourced 4.2-litre V8 from the old car, though, rather it’s more likely to be the 3.0-litre, twin-turbocharged V6 engine from the MC20. In that car this engine produces 630hp and is paired with an eight-speed dual-clutch automatic gearbox.

No word yet on when the new Maserati GranTurismo will go on sale, but it’s unlikely to be before 2022.

Pricing could take a jump over the outgoing car, meaning it could cost from close to £100,000.