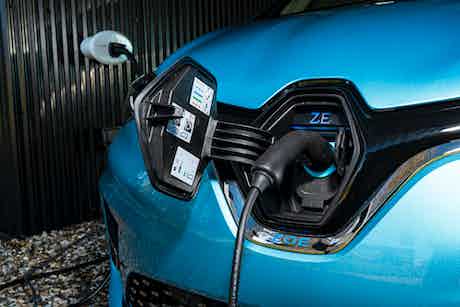 The £1,500 grant for new electric cars has been dropped as Government moves focus to other areas

The Government has ended grants for new electric cars with immediate effect, ending a scheme that has contributed toward the purchase of almost half a million electric cars.

The sudden change, which instantly removes the £1,500 contribution towards EVs costing under £32,000, covers all new orders from 14 June, although orders placed in the previous two working days will still be honoured.

Transport minister Trudy Harrison said the Government has now successfully “kick-started” the electric vehicle market. “We now want to use plug-in grants to match that success across other vehicle types, from taxis to delivery vans and everything in between,” she said.

The Society of Motor Manufacturers and Traders reacted angrily to the grant being removed overnight, describing it as “sending the wrong message” to motorists. “We are now the only major European market to have zero upfront purchase incentives for EV car buyers yet the most ambitious plan for uptake,” said SMMT chief executive Mike Hawes, who demanded that Government use the saving on grant money to “compel massive investment in the charging network, at rapid pace and at a scale beyond anything so far announced”.

The Government said previous reductions in the grant have had “little effect on rapidly accelerating sales or on the continuously growing range of models being manufactured”.

Grants remain in place for workplace charging, or home charging points for flats or rented houses, but not privately-owned houses.

Looking for a great deal on a new electric car? Then head over to carwow. You can compare offers from our network of trusted dealers to get the latest discounts on a new car, and you can sell your current car too. Tap the button below to get started today.