What are the cars that hold their value best in 2022? 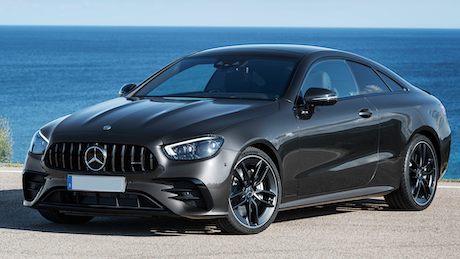 Some cars hold their value better than others, meaning you’ll get a greater percentage of the car’s original value back when you sell it on.

How you maintain and drive your car will have an impact on its resale value. Cars with limited service history and high mileage will depreciate faster for example, however there are other factors that come into play.

The desirability of your new car will determine how quickly it depreciates. Cars with a good reputation for reliability and quality will likely hold their value because there will always be a strong demand for them on the second-hand market.

Fuel-efficient cars with low tax rates also tend to depreciate less because they are cheaper to run.

With the expansion of the London Ultra Low Emission Zone (ULEZ), cars that are not Euro 6 compliant have seen a huge drop in value as people living and working in London don’t want them anymore.

Manufacturers that make desirable, reliable and economical cars will often be in demand on the used market. Here are the top ten car makes for holding their value according to carwow data.

In 10th place, you find BMW. Carwow data shows that models from this brand lose an average of 58% of their original value after five years. BMW’s are highly desirable and well made, meaning they fetch strong money on the used market

Vauxhall comes in next, with an average depreciation of 57% over five years. Vauxhall makes economical, cheap cars so it’s not surprising that they’re in high demand.

Next, you have a tie between Toyota and Nissan. These Japanese brands are both known for making solid, reliable and fuel-efficient cars. No wonder then their cars only lose 56% of their value after five years.

Another draw next, this time between Jaguar and SEAT.

Carwow data found that cars from Jaguar are holding up well on the used market. On average, a five-year-old Jaguar will lose 54% of its original sticker price.

SEATS are often popular with buyers from their solid build quality and low running costs. On average, a car from SEAT will lose 54% of its original value after five years.

The ongoing popularity of Fiat amongst young drivers keeps used values high. They are cheap to buy, cheap to run and often cheap to insure. On average, Fiat models only lose 44% of their value over five years.

Reliability is the first thing that comes to mind when you think of Honda, and it’s this reputation that is keeping used values high. Carwow data shows that, over five years, Honda models lose just 40% of their original value.

In first place, you’ll find Land Rover. This is no surprise due to the rising popularity of SUVs. Carwow data found that, on average, Land Rover models only lost 37% of their value after five years.

The Range Rover Sport comes in 10th place. This iconic luxury SUV is as popular now as ever, driving up values on the used market. Over five years, you can expect your Range Rover Sport to lose 46.6% of its original value.

Coming in 9th, you have the Vauxhall Astra. Astras are always in high demand due to their generous equipment and low starting price. You can expect to lose 46.5% of your new Astra’s value after five years.

Next up is the Fiat 500. The retro styling and low running costs of the 500 mean it’s always been popular with younger drivers, and this means it will only lose 44% of its value after five years.

Land Rover models are popular in today’s market, meaning they make a second appearance on this list. In 7th place you have the Range Rover Evoque. Trendy SUVs are replacing the traditional family car in today’s market and the Evoque is a particularly desirable model. Over five years, you can expect to lose 43% of its list price.

Hot hatchbacks remain favorable on the used forecourts, and that’s why the Volkswagen Golf R is holding its value well. Buy one new and after five years you’ll only have lost 42.6% of its value.

The Jaguar XF is an executive saloon with class, and the executives can’t get enough of them at the moment. Five years after buying one new, carwow data shows you’ll lose 41.9% of its value.

In 4th place comes the Honda Civic. Bulletproof reliability and a practical cabin makes the Civic a good choice for family buyers. Five-year-old Civic’s are going up for 40.4% less than the new list price.

Into the top three now, starting with the Mercedes C-Class. Models from desirable brands like Mercedes will always hold their value well, and the C-Class is one of their most popular models. Carwow data shows that after five years it’ll only drop in value by 39.4%.

Sticking with the German luxury theme, hee’s the BMW 4 Series in second. Like the Mercedes, it’s well made and desirable. Used values are strong, with a five-year-old example losing 39.1% of its original value.

Finally, in first place is the Mercedes C-Class Coupe. It appeals to drivers who want a C-Class but in a more stylish, sporty package. This demand drives up the used value, with it only losing 36.7% of its value after five years.

Now is a good time to sell your car, because a shortage in semiconductor chips is creating a huge waiting list for new cars. This means more people are turning to the used market for their next car, increasing demand and therefore driving up prices.

You can sell your car through carwow to dealer who’ll give you the best price, simply answer a few questions for a free quote

Or, if you’re looking to buy a car which will hold its value, click here to configure your ideal model.

Configure your next car