Euro 6 emissions standards: what you need to know 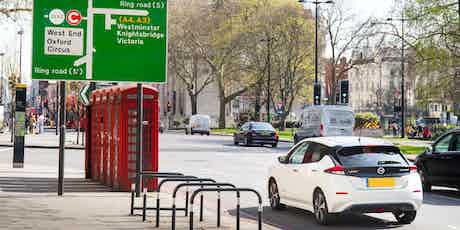 European emissions standards have become increasingly stringent since they were introduced in 1992, and the impact they have on motorists has increased markedly in recent years.

You may have heard the term Euro 6 being thrown around, but what does it mean, and why do you need to know?

Euro 6 is the name given to the current European emissions standards, which were introduced in September 2014; they weren’t introduced in one fell swoop though: from 2014 all new ‘type approvals’ (freshly developed models) had to be Euro 6 compliant, with all newly registered cars having to meet them by September 2015.

Car makers were given a further dispensation, though: any cars built and dispatched prior to June 2015, and sold before September 2016, did not have to meet Euro 6 standards. So while it is likely most post-2015 cars will be Euro 6 compliant, some cars from 2016 may not be.

Euro 7 standards, meanwhile, are expected to be introduced in 2025.

Why does this matter?

Euro standards were originally developed to ensure car makers designed and built cars that did not pollute more than a certain amount, but they have since been adopted by various authorities to control localised pollution.

London’s Ultra Low Emission Zone (ULEZ) is the best-known example of this, with the recently expanded zone now encompassing every part of London inside the North and South Circular. The ULEZ sees drivers of non-compliant cars entering the zone charged £12.50, with the scheme operating 24 hours a day, seven days a week. Diesel cars not meeting Euro 6 standards, and petrol cars not meeting Euro 4 standards (which were introduced between 2005 and 2006) incur the charge. You can find out more about ULEZ by reading our guide.

London isn’t the only place with Euro standards on its mind, though: a number of towns and cities across the country have introduced or are considering schemes that are based around cars’ emissions, so it’s worth knowing what these standards are, and which one your current car, or any potential purchase, meets.

What are the Euro 6 emissions standards?

Nitrogen oxide is a pollutant which has some serious health implications, as well as being harmful to the environment. Particulate matter, meanwhile, found to cause breathing and pulmonary problems.

Euro 6 standards are different for petrol and diesel cars, as these fuels produce different levels of pollutants as they are burnt. Diesel engines produce more NOx than petrol ones, for example, and therefore the limit is set higher, at 0.08g/km, as opposed to 0.06g/km for petrol models.

The standards that all new cars have to meet are listed below.

How are new cars tested for emissions?

Under the old NEDC system, cars were put through a cycle of accelerating, coasting and slowing down, which wasn’t considered representative of how people actually drive. This led to high economy and low emissions figures that could be challenging to meet during real-world driving.

New WLTP testing involves running the car at higher speeds for longer, as well as accelerating harder, more accurately reflecting real driving. These tests are observed by government officials and the cars are randomly selected from the production line.

Most Euro 6 testing is performed under controlled conditions, with the ambient temperature, fluid levels and tyre pressures all monitored to ensure consistency between models. Cars also now undergo real-world driving emissions testing (RDE), though, and this takes place out on the open road rather than in laboratory conditions.

What are the benefits of owning a Euro 6 compliant car?

Aside from being better for the environment, there are a few benefits to owning a Euro 6 compliant car. If you own a Euro 6 diesel car, you don’t have to worry about the Ultra Low Emission Zone charges in some cities. Euro 4 petrol cars are also exempt.If you want to find a car that’s ULEZ, read our top 10 list.

European emissions standards were introduced in 1993 with Euro 1, and have got gradually more stringent over time until we get to today’s Euro 6 regulations. Euro 7 is expected to come into force from 2025, although this isn’t yet confirmed.

How do I find my car’s Euro emissions standard?

If you take the date your car was registered and compare it to the table above, there’s a good chance your car complies with the relevant standard. Your car’s registration papers (also known as the logbook, or V5C) may also list its Euro standard, while some cars have their Euro standard on a label in the driver’s door jamb.

You can also enter your car’s registration into Transport for London’s ULEZ checker. While this won’t give you a specific standard, it will tell you if your car incurs the charge, which means it is either a pre-Euro 4 petrol, or a pre-Euro 6 diesel model.

Contact your local dealer or your car’s manufacturer if these methods don’t bear fruit.