News Euro NCAP “got it wrong” with current crash-test criteria

Euro NCAP “got it wrong” with current crash-test criteria 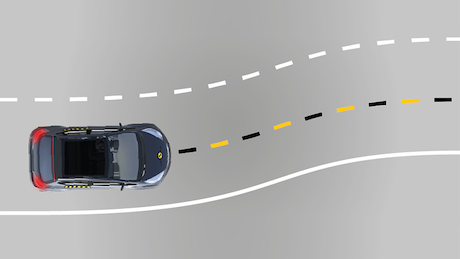 A leading car-safety expert involved in devising Euro NCAP crash tests has said the organisation “got it wrong” when creating the current rules for safety assistance technology, leaving car makers free to fit safety tech that meets the letter, but not the spirit of the rules.

Euro NCAP has been testing cars since 1997, and the regime now rates electronic crash-prevention technology fitted to a car, as well as carrying out conventional crash tests that assess how well a vehicle protects its occupants if a collision occurs.

Tech designed to prevent an accident or protect vulnerable road users includes auto-emergency braking, as well as lane-support systems. Lane support comes in a variety of guises, but essentially alerts the driver and can steer a car back into its lane if the car crosses white lines without the driver indicating.

But a Euro NCAP board member has admitted the organisation was “wrong” when devising how to test cars’ lane-support technology, saying it created criteria that allows manufacturers to score points in the test despite the systems ‘tramlining’, meaning they slavishly keep within white lines regardless of whether there is any danger in doing so, creating a “really annoying” experience for drivers in the process.

Check out the safest cars on sale today

Scenarios in which a driver might deliberately cross road markings without indicating include steering around a pothole, or, if the road is clear, positioning themselves to better see around a corner.

All new cars introduced to the market from July 2022 must have emergency lane-keep assist, and the system must be activated by default when the car is started to meet regulations, and to score points from Euro NCAP.

According to Avery, car makers asked Euro NCAP if lane-assist systems that intervened every time a car crossed a white line without indicating, potentially causing tramlining, would still score points in their safety assessment. “We said: ‘Well you would, but would you really want to do that? Because that would make a really annoying system.’

“We thought manufacturers wouldn’t generally do that. We were wrong. I was wrong,” he continued. “Some of the manufacturers do that.” Avery added that this is leading to negative perceptions of the technology among drivers.

Some lane-assist systems have been criticised by consumers and industry experts for their intrusive interventions, and Avery says the technology is “very contentious”, adding: “people don’t want it.

“Unfortunately, some manufacturers are designing systems that score well, and are not necessarily designed to do very well from a consumer perspective”, Avery said.

“Some manufacturers – Mercedes, BMW, Volvo [and Ford] – put a lot of effort in making sure these systems are not annoying. They don’t do it perfectly, but they’re getting better and better.”

He remains convinced, however, that lane support – particularly more sophisticated systems – is a vital piece of safety tech.

“About 20% of all fatal crashes are lane-support related collisions”, he explains. “You drive off the road and hit a tree, or have a head-on collision with a truck..and studies have shown that lane-support systems can reduce collisions in those instances, and reduce fatalities by over 50%.

“There is a huge opportunity to reduce killed and seriously injured with lateral control system technology, which is why it’s embedded into the ratings.”

Jack Cousens, head of roads policy for the AA, commented: “Lane keeping technology has been a key innovation for manufacturers and wider road safety, but it is worrying that the independent test isn’t up to scratch.

“Just as concerning is the revelation that some manufacturers simply play the game and create systems just to obtain enough points to pass the test. We want manufacturers to create the safest assistance programmes possible, which are also easy to use.”

Sell your car the easy way, with carwow