What is Ford EcoBoost? 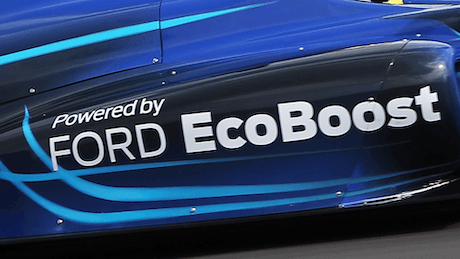 If you’re shopping around for a Ford, you may have come across the term EcoBoost. But what does it mean exactly?

What is an EcoBoost engine?

Turbocharging is incredibly common on petrol cars today. A turbocharger compresses air going into the engine, allowing it to produce power more efficiently.

What are the benefits of Ford EcoBoost?

Turbochargers work by compressing air, allowing engines to produce power more efficiently. This means you can get similar levels of performance to a larger, non-turbocharged engine without the additional size and weight.

Turbocharging an engine allows it to burn fuel more efficiently, too, reducing its consumption and lowering emissions.

As with many engines, Ford EcoBoost units are not immune to faults. Some common issues include:

High-mileage Ford EcoBoost engines have been reported to suffer from low fuel pressure issues, reducing performance. This is usually fixed by replacing the fuel pump.

Again this only really applies to high-mileage Ford EcoBoost engines. This is as a result of direct fuel injection, with no natural cleaning of the intake valve stems leading up to a buildup of carbon.

Early Ford EcoBoost engines had a common problem that would cause them to overheat. This is because they would use coolant pipes made of nylon that could fail at high temperatures.

A recall was issued in 2015 that saw the vast majority of these models have replacement pipes fitted to resolve the issue. It’s worth checking for any outstanding recalls if you’re considering buying a pre-2015 car, though.

Which Ford models have EcoBoost?

The vast majority of Ford models on sale today are available with EcoBoost engines. Examples include:

VW Tiguan vs Skoda Karoq – which is best?
Road tax on electric cars: what you need to know
What does the engine management light mean?
Skoda Karoq vs Skoda Kodiaq – which is best?
8 of the best home EV chargers
Ford Titanium: what is it and is it worth it?
Ford EcoBlue engines explained
The best alternatives to the Ford Kuga
What to do if you break down on the motorway
How to tow a car
Box junction rules
Electric car charger installation cost
Car recalls explained
Drag race: Ford Mustang CS500 vs Mini Hayabusa
carwow 1/4-mile (400m) drag-race leaderboard