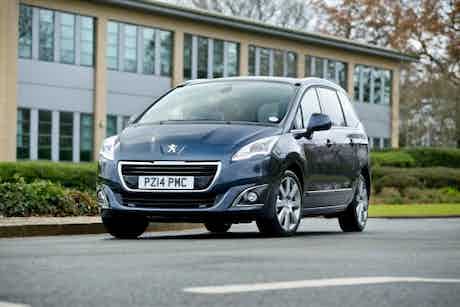 If you’re in the market for a people-carrying vehicle then one of your best options is Peugeot’s impressive 5008. It now gets a styling refresh and a dash of new equipment – here’s what you’ll be getting for your money.

ThePeugeot5008 probably isn’t at the top of your want list but if you’ve a big family, it may be located somewhere under needs. A new refresh brings it in line with the rest of the range.

Styling, mainly. The 5008 has always been fairly easy on the eye as MPVs go, particularly given the stylistic misses of other Peugeots when it was released.

Since then the French company has revised or replaced virtually every model in its range, so the 5008 has gained similar styling cues. There’s a new front grille, revised badge recess, a set of redesigned headlamps and fog lights and two new colours – Rich Oak and Artense Grey – join the other seven.

There’s also a new 17-inch wheel design, and a few other equipment additions. A reversing camera is the main one – always a good idea on a long-ish vehicle like the 5008 – and a head-up display also appears. Along with speed, there’s also a distance alert to advise you of a safe distance fromt the car in front.

What’s under the bonnet?

A set of frugal petrol and diesel units.

Least likely to slurp away your life savings is the 1.6 e-HDI FAP diesel, with Peugeot’s ‘Efficient Tronic Gearbox’. That’s marketing-speak for an automated manual and the upshot is 65.7 mpg economy and a 113 g/km CO2 output.

There’s another 1.6 HDI also on the roster, along with two 2.0 HDIs (one manual, one automatic), a non-turbocharged 1.6 petrol and the familiar 1.6 THP turbocharged petrol engine. Of the latter we’d choose the THP – more expensive, but more powerful and no less economical at just over 40 mpg.

The tweaks have added a few quid to each trim level – 200 on Access, 300 on Active and 350 on Allure, but the extra kit outweighs the extra outlay.

Anything else I should know?

As before, the 5008 offers space for seven people, and the fivemost rear seats all fold flat for a practical, open loadspace when not used by passengers. It’s also a well-respected car – its 8.2 carwow score puts it among the better MPVs on the market.

Several, though only Ford’s S-Max and Volkswagen’s Sharan are really worth looking at. The Ford is the most entertaining and the VW the most practical of the trio, but the 5008 does offer a good balance of the two according to most critics.

We’d also say that rivalry comes from within Peugeot’s own stable. If you don’t need seven seats but still want a Peugeot with lots of space, we’d highly recommend the Partner Tepee. It looks a bit daft but the interior is cavernous, and it’s a great deal cheaper than traditional MPVs like the 5008. You can read our review of it here.

Got lots of kids? One of your best car options has just got better.