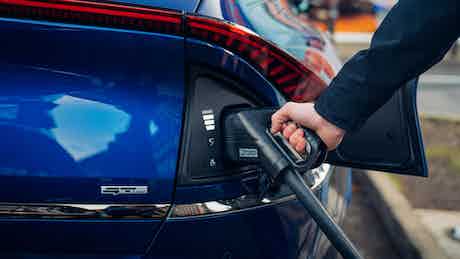 Electrified cars come in a variety of different forms; our guide will help you tell your EVs from your HEVs and PHEVs

Electric cars are fast gaining in popularity, not least because of the looming ban on sales of new petrol and diesel cars (due over the course of 2030-2035). Electric cars in their strictest sense are powered purely by batteries, but there are a number of other types of car that come under the umbrella of ‘electrified’ vehicles.

In this article we will cover each variant in detail to make it easier when you are ready to switch to an electrified vehicle, which comprise:

An EV is simply an electric car with a large capacity battery and electric motors for propulsion. There is no petrol or diesel engine at all, and all power for the cars comes from the battery pack, which can be recharged either at home and work, or at public chargepoints. While electric vans, buses, scooters and lorries are all technically EVs, the term is used synonymously to mean electric cars.

The Tesla Model 3 is one of the most popular EVs on sale. Other popular EVs include the Kia EV6 and Volkswagen ID.3.

Hybrid electric vehicles have small electric motors, and batteries that recharge via regenerative braking and the internal combustion engine. HEVs, sometimes referred to as self-charging hybrids or simply hybrids, can travel for short distances (typically a mile or less) and at urban speeds in electric mode, with the engine coming into play under heavy acceleration or at higher speeds.

The Toyota Prius, Suzuki Ignis Hybrid and Kia Niro Hybrid are all popular HEVs. HEVs are well-priced and great for city driving, where you can realise impressive fuel consumption figures.

A Plug-in hybrid uses an internal combustion engine (petrol or diesel) combined with an electric motor and battery. A PHEV’s battery is smaller than an EV’s, but larger than a conventional hybrid’s, and PHEVs can typically cover  between 20-70 miles in electric mode, and at speeds of around 70-80mph. Plus as well as being charged from the engine and using energy recouped from braking, a PHEV’s battery can be plugged in and recharged.

The Mercedes C 300e, BMW 330e and Volvo XC60 Recharge are all popular PHEVs on sale today. A PHEV is great for where you want to benefit from pure EV driving over short distances but may need to travel places where recharging is not always possible or convenient. Our in-depth guide to PHEVs has more details.

A MHEV is a conventional petrol or diesel car that utilises a very small electric motor and battery to provide additional power to the engine or auxiliary systems (air conditioner, power steering) when required. This can aid acceleration, while the 48-volt electrics that are typically present in a MHEV can allow the engine to shut down when the car is coasting, saving fuel. MHEVs should not be thought of in the same sense as conventional  hybrids, but are best considered as traditional petrol or diesel cars with beefed up alternators.

Our in-depth guide to mild hybrids has more details.

A Fuel Cell Electric Vehicle (FCEV) uses hydrogen for fuel, converting it via fuel cells into electricity which in turn powers an electric motor. They only emit water vapour making them eco-friendly when in use, but the most common form of liquid hydrogen production generates significant CO2 emissions.

Currently there are just two FCEVs on the UK market, the Toyota Mirai and Hyundai Nexo. You have to apply to be considered eligible for leasing one of these, as hydrogen cars are still relatively new propositions, and there are an extremely limited number of hydrogen refuelling stations.

An range extender is essentially an electric car with a small petrol or diesel engine that can act as a generator to charge its batteries. A REx should be thought of as an electric car, and its batteries recharged with a similar approach, with the engine kicking in to increase range and reduce range anxiety as needed. The engine doesn’t directly power the wheels and is used when the batteries are low, and performance can be reduced in some circumstances.

The BMW i3 range extender (there is also a pure electric i3) was such a car, although it is no longer on sale. A range extender version of the Mazda MX-30 EV is also due for launch soon.

Found the perfect electrified car for your needs? Then take a look at the latest offers on your preferred model through carwow.

And if you want to test the EV waters before you take the plunge into ownership, we’ve got a great selection of lease deals on electric cars.

Check out our EV lease deals

The best alternatives to the Ford Kuga
What to do if you break down on the motorway
Electric car charger installation cost
Car recalls explained
10 loud cars on sale right now
Electric car conversion: How to convert a car to electric
10 spacious cars with the best driver and rear legroom
Selling a deceased person’s car
Find the cheapest petrol prices – UK price comparison
What is limp mode? Symptoms, causes, and how to fix it
Hydrogen Cars Explained
10 best sleeper cars
10 best alternatives to the Volkswagen Polo
Hypermiling: what is it and how do you do it?
Electric car salary sacrifice scheme explained