What is an ECU (Electronic Control Unit) in a car? 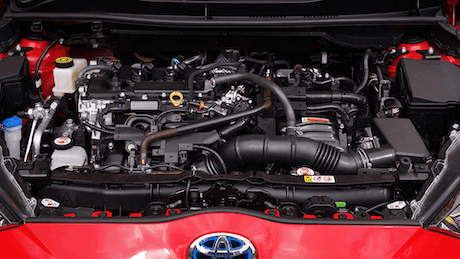 ECU may be an unassuming acronym at first glance, though it’s a crucial part of your car.

But what exactly does ECU mean, and why is it such a big deal? This guide is here to explain.

What does an ECU do?

ECU stands for ‘Electronic Control Unit’. You may have heard this referred to as an engine control unit or an engine management system before, too.

An ECU’s main job is to keep the engine working smoothly. On cars fitted with electronic fuel injection, an ECU can control the amount of fuel that enters the engine’s cylinders.

This optimises the fuel-air mix in the cylinder when it’s compressed, which in turn maximises the car’s power and reduces the amount of fuel wasted.

Where is the ECU located in my car?

There isn’t an industry standard for packaging ECUs in cars, so where it’s located can vary depending on the make and model of your car. They shouldn’t be too far away from the engine, so you’ll likely find them either in the engine bay or somewhere in the front of your car’s interior, such as the glove box or under the dashboard. The exact location of your car’s ECU should be listed in your owner’s manual.

What happens if my car’s ECU is faulty?

Because an ECU controls many functions on modern cars, the effects of a faulty ECU can vary quite a bit. For example, the engine warning light may appear on the dashboard, your car’s fuel economy and performance could get worse and the engine may start stalling or refuse to start.

Can a car run without an ECU?

While a modern car may be drivable with a faulty or defective ECU, it will be impossible to drive one without an ECU at all. For instance, as a car’s ECU will control the car’s electronic fuel injection system, the engine won’t be able to run if it’s missing this component.

How is a car ECU tested?

It is possible to test a car’s ECU, though you likely won’t be able to do this yourself unless you know your way around a modern car’s electronic and computing systems.
As a result, if you want to have your car’s ECU tested and diagnosed for any potential issues, you’ll likely be better off having a professional mechanic at a garage do the work for you.

Can I replace my car’s ECU with a different one?

You can replace your car’s ECU with a replacement item. However, since ECUs are often programmed specifically to a make or model of car, this job isn’t quite as simple as taking out the old ECU and plugging in a new one.

If you need to have your car’s ECU replaced, you’d likely be best off taking your car to a garage that’s authorised to repair and service your make of car. This is because official service centres should have the tools and equipment needed to do a job like this, whereas an independent garage potentially won’t.

How do you tune a car’s ECU?

It is possible to tune a car’s ECU system, by uploading a new piece of software onto the ECU. This is a process that’s known as remapping. There are a number of aftermarket companies that can tune a car’s ECU for you.

In many cases, these re-mapped ECUs will increase the engine’s power output, though some are focused on fuel economy. It’s worth keeping in mind that in the vast majority of cases, remapping your car will invalidate its warranty.