10 of the best classic cars to buy 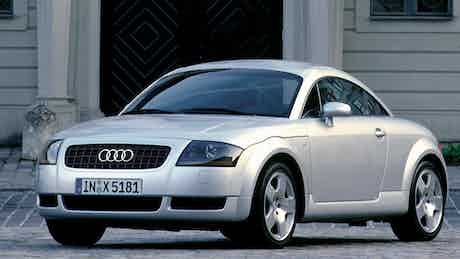 There’s a wealth of choice out there if you’re interested in a classic car; we pick 10 great buys

Classic cars seem to be all the rage right now, owning one marks you out as a person of substance and style, unless of course you choose an old banger instead of a desirable collectors’ car. Any car 20-years or older is technically a classic, but the trick is to identify the cars that will one day become sought-after models, going up in value rather than rusting away into obscurity.

Some of the main pointers to look out for are rarity, historical significance and originality, and to help you on your way we have identified 10 of the best classics you can still buy for a reasonable sum.

Our pick of some of the best classic cars to buy:

Astons are special cars regardless of the model, but most go through a dip in values before heading to desirable classic car status. The Aston Martin DB7 is just transitioning through this stage, with the 3.2-litre supercharged cars still offering great value. Just keep a bit set aside for maintenance, and petrol.

When it was launched in 1998, the Audi TT looked like a concept car that had escaped from an auto show. Beneath those avantgarde looks the TT shared its running gear with other VW Group vehicles, making it reliable as well as quick.  The range-topping 247bhp 3.2-litre V6 sounds great, but the more plentiful 1.8-litre turbo models are hardly any slower and you can still find them for a relative bargain.

To many enthusiasts the BMW E46 M3 CSL marked a high point in the M3’s long and illustrious career. That’s why those models are now approaching £100,000, so why not opt for the similarly beguiling ‘regular’ M3 instead? We would stick with a manual and avoid the convertibles. It’s still quick enough to scare most modern hot hatches and is more useable every day than the highly-strung CSL. It also costs a fraction of the price – for now.

Fast Fords rarely disappoint and the Mondeo ST220 offered a great mix of handling, power and comfort that made it a particularly desirable option for the family man or woman with a need for speed. Capable of 155mph (useful if you happen to be near an Autobahn), the ST220 took on the established German executive saloons at their own game, just at a far more attractive price point. That’s still the case today.

High-revving naturally aspirated performance hatchbacks were Honda’s domain for decades, and the Civic Type R (EP3) was arguably one its best before the move to turbocharging changed the game. It needs revving to extract its performance potential, but the experience is far more immersive than today’s effortlessly torquey offerings, and few sound as good either. The real trick is to find one that hasn’t been crashed, modified or abused to within an inch of its life.

Colin Chapman’s ‘Add lightness’ mantra may receive merely lip service in today’s bloated sports cars, but it was the core design philosophy back in 1996 when the Lotus Elise was launched.

Weighing just 725kg (1,598 pounds) in base form, even the least powerful 118bhp 1.8-litre Rover K-Series engine gave the Series 1 Elise series pace. Series 2 models were ever so slightly more refined, and their Toyota-sourced motors that bit more reliable, but both are superb weekend cars for those that truly value the driving experience above all else.

The MX-5 is the best-selling roadster of all time, while that fact may not make it a great car, its ability to put a great big smile on your face regardless of the trip does. The NC is the third-generation model and has yet to become as desirable as its older stablemates, but its time will come so now is the time to get one. Look for the nippier 2.0-litre models.

The Renaultsport Clio 197 and 200 models were the last in a line of sporty hot hatches that ruled their segment ever since the very first Clio RS was released in 1998. They are highly regarded by enthusiasts today and received numerous accolades from auto magazines in their day. There are only minor differences between the two so rather look for well-maintained examples as good ones are getting harder to find.

The ‘90s Porsche 968 was the culmination of decades of development that could trace its origins back to the 1976 Porsche 924. Turbo and Club Sport models have long become pricey collectors’ cars, but a standard model in good condition is still a great buy, and while it may not have the cachet of a 911, it still seats four and handles like a Porsche should.

The Porsche 911 is quite possibly the most recognisable sports car ever, prices are always rising, but in 997 form it still offers a sensible entry point into the marque. The best deals are to be found with the earlier non-S models (especially the PDK automatics), although the most desirable cars are the facelifted GTS models, specifically manual coupes. There are a lot of options between these two extremes, and while no 997 can be considered cheap,
most have the potential to be a solid investment if you find a good one.

What to consider when buying a classic car

Buying a classic car can be a daunting experience, so here are some tips to get you started:

Use carwow to change cars

Found the perfect car for your needs? Then take a look at the latest offers on your preferred model through carwow.

Check out our latest offers

A network of trusted dealers will come to you with their best offers. There’s no need to haggle or negotiate, and you can compare your offers in one place without even having to leave your home.

If you’re thinking of selling your old car, you can do that through carwow too. Our network of trusted dealers will bid on your car, leaving you to choose the best offer — no haggling, no stress, and the price you’re offered is the price you’ll get. The dealership will collect your car, and you’ll get paid on the day they do.