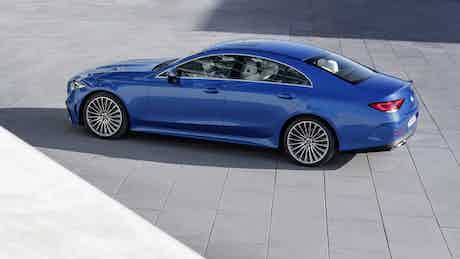 Sleepers, Q-cars, call them what you will – subtle performance is always impressive; we pick the 10 best sleepers on the market today

It’s a nice thing to be able to defy other people’s expectations – to impress more than was expected, to emerge as a dark horse with surprising performance, and it is for this reason that sleeper cars are popular among driving enthusiasts.

A sleeper, also sometimes known as a Q car (named after heavily armed merchant Q-ships) is, in essence, a car that looks relatively humdrum and commonplace on the outside, but which delivers a turn of speed that is at odds with its low-key design. We’re not talking about Audi RS, Mercedes-AMG or BMW M models here; instead we’re looking at cars that walk softly, but carry a big stick where performance is concerned.

Ever-tightening emission regulations mean few if any carmakers cram a juicy V6 engine into a standard hatchback these days, instead reserving their more powerful engines for high-end performance sub-brands such as the ones mentioned above.

That’s not to say there aren’t new sleepers out there if you know where to look, though, which is rather fitting given the subtle nature of these cars…

Here’s our pick of the 10 best sleeper cars currently on sale in the UK today.

Get the latest Volvo XC40 deals

Volvo may have established a reputation for building safe, practical cars, and the firm has also made a hugely successful push upmarket in recent years. But Volvo’s engineers also on occasion reveal their fondness for performance, as the 408hp electric XC40 Recharge Twin demonstrates.

Check out our Volvo XC40 review

Because while it may weigh a little over two tonnes, with 408hp on tap from its twin (one front, one rear) motors, the four-wheel-drive XC40 Recharge Twin is anything but slow. True, as with all current Volvos the top speed is capped at 112mph, but with a 0-62mph time of under five seconds, this practical, modern SUV will surprise many with its off-the-line performance.

Get the latest Skoda Superb deals

Skoda has its own vRS performance sub-brand, which comes complete with a sporty bodykit and tuned suspension, but a true Q car requires more subtlety than this, and the Superb Estate delivers this in spades.

Check out our Skoda Superb review

Opt for the 280hp 2.0-litre petrol engine and you’re not getting much less power than the Volkswagen Golf R, with the Superb taking just 5.3 seconds to go from 0-62mph as it makes its way on to a top speed of 155mph. The dual-clutch gearbox and four-wheel drive system help put that power down effectively, while the 660-litre boot makes this one of the most practical cars on the market.

Get the latest Peugeot 3008 deals

As mentioned above, car makers may tend not to put large capacity engines in their mainstream cars as a matter of course these days, but that doesn’t mean they don’t sometimes give them plenty of power. The Peugeot 3008 is a good example of this, as the high-output plug-in hybrid motor puts out 300hp thanks to its turbocharged 1.6-litre petrol engine and a brace of electric motors.

Check out our Peugeot 3008 review

Power is sent to all four wheels, and while the complex engine and motor combination may mean there’s a slight hesitation when you really put your foot down, once the computers and drive units have worked out what to do, the 3008 hustles along with more brio than many would expect form a sensible looking, stylish family SUV.

Just because you’re in the market for a people carrier, doesn’t mean you have to resign yourself to pedestrian motoring – and the BMW 2 Series Active Tourer is proof of that.

Sharing a mechanical platform with the Mini Hatch certainly doesn’t hurt where handling is concerned, while the 2.0-litre, 218hp petrol engine sees 0-62mph come up in seven seconds dead. That’s decent performance by most standards, and the fact you get the same sliding rear seats, tall, practical boot and the spacious cabin that’s offered in lesser Active Tourers makes this a car you can choose with your head as well as your heart.

Get the latest SEAT Leon deals

We could have gone for the sporty Cupra Leon Estate, but while that’s a relatively subtle car, it still has the trappings of a performance model, the most obvious of which is the standalone Cupra name.

Check out our SEAT Leon review

No, instead we’re going for the less powerful but far more subtle Seat Leon Estate, but specified with the 2.0-litre 190hp petrol engine. This gives the sensible family wagon a 0-62mph time of under eight seconds and a top speed that’s just shy of 150mph, together with the sharp handling we’ve come to expect from modern SEATs.

Get the latest Mercedes V-Class deals

This is undoubtedly a rather left-field choice, not least as the market for the V-Class people carrier is rather small outside the business world. But for those families who want the maximum ability to carry people and belongings, the V-Class does so with a level of luxury that’s not common in this class of car.

Check out our Mercedes V-Class review

Of course, the V-Class wouldn’t warrant a place here were it not configurable with a potent engine, and the 237hp 2.0-litre diesel engine the 300d comes with meets that criteria – not least because the idea of hurtling down a German autobahn at 137mph in a luxurious MPV that can seat eight is incongruous, to say the least.

Get the latest BMW 5 Series deals

You may not be able to configure a BMW 5 Series 550i with the 4.4-litre V8 petrol engine any more, but BMW will sell you a 545e. This pairs an electric motor with a 3.0-litre petrol engine for a potent 394hp, together with the ability to plug in for an official EV range of around 35 miles.

Check out our BMW 5 Series review

Choose the Touring estate if you’d like to add some extra spaciousness and practicality to proceedings, or stick with the saloon for the ultimate in motorway cruising ability.

Get the latest VW Golf deals

The Volkswagen Golf is available in so many different guises that choosing a sleeper version is tricky. But the GTI and R models are too overtly sporty to be Q cars, while we’ve had a fair few plug-in hybrid models already in this list – so why not that curious thing that is a performance diesel hatch?

Check out our VW Golf review

These types of car used to be in strong favour, but while they’re now a relatively rare concept, there’s a lot to be said for the Golf GTD. That 2.0-litre engine may produce a relatively modest 200hp, and the 0-62mph time may not be headline material, but with 400Nm of torque there’s some serious in-gear performance on offer, bolstered by the fact the GTD officially returns 54mpg, and can go almost 600 miles between fill ups.

Get the latest Toyota RAV4 deals

Few cars are as sensible as the Toyota RAV4, but the easygoing nature of this popular SUV is at odds with the performance on offer if you choose the plug-in hybrid model.

Check out our Toyota RAV4 review

Do so and you’ll get a 2.5-litre petrol engine together with an electric motor, with the latter adding up to 183hp, for a combined output of 306hp. That’s enough to see off the 0-62mph sprint in six seconds dead, which is enough to keep up with a fair few hot hatches, and is definitely enough power to put the ostensibly sensible RAV4 into sleeper territory.

Get the latest Mercedes CLS deals

The Mercedes CLS is by its nature a subtle car: the sleek, low profile and curvy silhouette helps it slink up the road with less ostentation than its relatively high price tag might suggest, and while you can have a potent AMG version, the six-cylinder, 3.0-litre CLS 400d offers more than enough performance for most.

Check out our Mercedes CLS review

Power may be a solid, rather than exceptional 340hp, but with a frankly ludicrous 700Nm of torque on offer 0-62mph take just five seconds, while in-gear acceleration is nothing short of relentless.

If you’ve been tempted or inspired by any of the cars in this rundown, carwow is the perfect place to change cars the easy way. Our simple online configurator will help you choose your ideal model, or whittle down your options if you’re not sure what you’re after, while our trusted dealers can bid over your existing model, so you end up getting a great price if you’re looking to sell your car.

Our simple configurator will help you choose your next car

The best alternatives to the Ford Kuga
What to do if you break down on the motorway
Electric car charger installation cost
Car recalls explained
10 loud cars on sale right now
Electric car conversion: How to convert a car to electric
10 spacious cars with the best driver and rear legroom
Selling a deceased person’s car
Find the cheapest petrol prices – UK price comparison
What is limp mode? Symptoms, causes, and how to fix it
Hydrogen Cars Explained
Types of Electric Cars
10 best alternatives to the Volkswagen Polo
Hypermiling: what is it and how do you do it?
Electric car salary sacrifice scheme explained