Driving to France from the UK: what you need to know 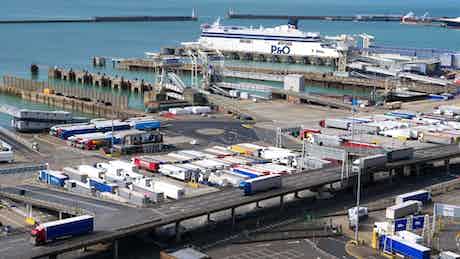 Given its close proximity to the UK, it’s no surprise that France is a very popular holiday destination for Brits. However, you need to go prepared beyond exchanging some currency and brushing up on your French speaking skills.

This is especially the case if you plan on taking your own car, as there are a number of rules that you’ll need to abide by when driving in France. These range from rules of the road that differ from those to the UK, to the itinerary of equipment and paperwork you’ll need to have on you.

To make sure you’re well-prepared ahead of your trip, here are our tips on what you’ll need to bring with you and consider when you’re driving to France from the UK.

Our top tips for driving in France are:

To satisfy the local authorities, you’ll need to bring more than just your driving licence and passport with you when you’re driving in France.

In addition, you’ll also need to have your certificate of motor insurance to prove you have the minimum cover required to drive in France, as well as your car’s logbook or V5C document to prove you own the car. There’s no harm in bringing a national ID card, too.

In France, there are strict requirements regarding the equipment and kit you will need to have in your car at all times. These include warning triangles and reflective jackets for yourself and all of your passengers, which you will need to use if your car breaks down, and you’ll also need spare lamp bulbs on hand.

Additionally, you will need to have a ‘UK’ sticker displayed clearly on the rear of your car, unless your car’s number plate already has the UK identifier on the left-hand side.

15 things to keep in your car at all times

It’s also strongly advised you bring alcohol breathalysers with you when driving in France. While the penalty for not having one has been dropped at the time of writing, they’re still officially designated as mandatory equipment.

Tip 3: Keep an eye out for speed limits

It’s not just the different metrics that you’ll need to pay attention to, as a road’s speed limits can vary depending on the weather conditions. For example, while France’s autoroutes have a 130km/h speed limit in the dry, this drops to 110km/h in wet conditions and 50km/h when it’s foggy.

Tip 4: Budget for tolls when driving on the autoroutes

The majority of France’s autoroutes are toll roads, which means you will need to pay a fee to drive on them. This cost varies depending on the stretch of autoroute you’re on, and how long you plan on driving on it for. If you plan on sticking to the main roads or covering a lot of autoroute miles on your trip in France, this can all get a bit pricey, so make sure you’ve budgeted enough to cover the toll costs.

Tip 5: Get a clean air sticker before driving in cities

A number of French cities now operate clean air zones, which only allow access to cars that are compliant with specific emissions regulations. If your car is eligible to be driven in the clean air zones, you will also need to have a specific “Crit’Air” vignette displayed on your car to prove it complies with the emissions rules.

These vignettes aren’t free either: you’ll need to buy them from the French government website, and they’ll set you back €3.11, plus a postage fee of €1.40. The ordering process for a Crit’Air vignette can take up to six weeks, too, so get one well in advance if you need to have the vignette when you’re driving in France.

Tip 6: Make sure your child seats are legal

If you’re having a family holiday in France, you may need to bring child seats. Unlike in the UK, French child seat rules are determined based on the weight rather than the height of a child. If your child is 10 years old or younger and weighs less than 15kg, they will need to be in a child seat.

Tip 7: Turn off speed camera detectors on your sat-nav

While it’s legal in the UK to use tech that warns you of upcoming speed cameras, this isn’t the case in France. Even prompts from your sat-nav are deemed illegal according to French traffic laws.

The penalties for using tech that can tell you the location of speed cameras are very steep, too – if caught, you could face a fine of €1,500.

Tip 8: Know who has right of way

In France, traffic approaching from your right-hand side has right of way, so be aware of oncoming cars and other vehicles when you’re at junctions and roundabouts. You also need to give way to vehicles travelling uphill when you’re going downhill.

Do I need a green card to drive in France?

A green card from your car insurance provider isn’t needed to drive in France. However, you will need to have at least third-party insurance cover on your car before you take it into France.

Do I need an International Driving Permit (IDP) to drive in France?

If you have a photocard driving licence, then you will not need to have an International Driving Permit, or IDP, to drive in France. However, if you still retain a paper driving licence, or your photocard licence was issued in either Gibraltar, Guernsey, Jersey or the Isle of Man, then an IDP will be required.

You can apply for an IDP over the counter at most branches of the Post Office, and the permit will set you back £5.50.

Can I drive in France with a UK licence?

If you have a full driving licence, then you can legally drive your car in France (provided it’s also properly insured and road-worthy). Provisional licence holders can’t legally drive in France, though.

Do I need different insurance to drive in France?

As long as your car’s UK insurance includes third-party cover, then you’ll have the necessary cover to legally drive your car in France. You will need to bring your certificate of motor insurance with you, to show the authorities your car has the required insurance cover, and make sure you read through your policy documents to know exactly what you are and aren’t covered for when driving in France.

How old do you need to be to drive in France?

You need to be at least 18 years old to be allowed to drive in France.

What side of the road does France drive on?

Since the UK and France drive on different sides of the road, it’s important you’re wary of this when you’re disembarking the ferry or Eurotunnel train.