Top 5 cars with the best tech 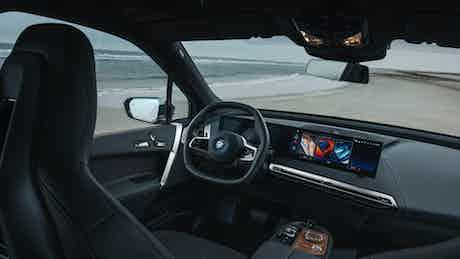 We all have different requirements for a car, whether that’s performance, economy or comfort. But what about those of us who want the cutting edge in technology?

Some cars are fitted with pretty impressive tech these days, from driver assistance to the latest in infotainment. With that in mind, here are the top 5 high-tech cars.

Our pick of the best high tech cars are:

You can’t talk about in-car tech without mentioning Tesla, after all, they kicked off the trend of slapping enormous screens in cars. The Model 3 may be the baby in the range, however, that doesn’t mean it misses out on all the toys.

You can still get the Model 3 with Tesla’s brilliant Autopilot system, which can take over most of the driving on motorways for a more relaxed journey. It’s also packed with cool easter eggs, such as the ability to customise the horn.

If you want to know what kit will be available on your family hatchback in five years, take a look at the latest Mercedes S-Class. It’s supremely comfortable, quick and packed with tech.

It might not be the most striking looking luxury saloon on the outside, however, it makes up for this when you step inside. It has a massive touchscreen, which can be locked using facial recognition if you don’t want passengers messing with your settings. The S-Class can also park itself in the tightest of spaces, without any input from the driver at all.

Hyundai has come a long way in terms of tech in the last decade, as proven by the Ioniq 5. You get an excellent all-around camera system, two huge screens and the seats have something called nap mode. This reclines them back so you can catch 40 winks while charging.

It may be quite expensive, and the range could be better, however in terms of equipment the Ioniq 5 is hard to beat. You even get a three-pin household socket so you can power appliances from the car.

Not many cars look quite as funky as the Honda e, and the beauty isn’t just skin deep. As standard, you get digital door mirrors, which look cool and work brilliantly. It looks just as contemporary on the inside as well.

You’ll notice the huge screens which span the entire dashboard. These can be connected to games consoles, or be switched to display a fish tank if you want a more zen vibe in your cabin. It’s quite an expensive car to buy, and the range isn’t great, but if you want to stand out in the urban jungle then this is the right car for you.

BMW’s new flagship SUV certainly isn’t lacking on the tech front. The cabin gets something called radiant surface heating which radiates warmth from the panels in the car using infra-red rays, ideal for warming up on those cold winter mornings.

The sunroof can also change from opaque to clear at the touch of a button, eliminating the need for a traditional blind. The infotainment system is cutting-edge as well, with particular praise going to the surround-view camera system.

Modern cars come with an insane amount of tech on board, but some gadgets are more popular than others. Below is a rundown of the most popular add-ons for new cars.

Parking can be tricky, especially on tight city streets in modern cars with thick pillars and limited visibility. It’s no surprise then that one of the most popular add-ons for new cars is a parking camera. In its most basic form, you’ll get a rearview camera to show you what’s behind you, but some will have a full 360-degree view so you can see right around the car. Data from carwow shows that 0.51% of buyers tick this option when specifying their new car, with over 40,000 people opting for it on the last 12 months.

This can be especially handy if you have a tight car park at work, or you spend a lot of time manoeuvring around city streets. More and more cars come with at least a rear parking camera as standard, however, you’ll most likely have to pay for a 360-degree camera as an optional extra on a lot of cars.

If parking your car seems like too much of a chore, you can get systems now which take care of it for you. Simply drive up to the space you want to park in, push a button and the car takes care of the tricky manoeuvring. You can get systems to park you in both parallel and bay spaces, and some will even get you out of a tight spot as well. Nearly 16,000 people have chosen to have this feature fitted to their car according to our data, accounting for 0.20% of all configurations in the last 12 months.

Most automated parking systems will control the steering while you change from first to reverse gear and control the pedals, under the car’s instruction. Some automatic and electric cars will be able to take care of everything without any input from you, however, no system is perfect and you still need to be paying attention and be ready to brake in case the sensors miss that bollard.

A panoramic sunroof can be a great way to let additional light into the cabin of your car and make it feel airier. The difference between this and a normal sunroof is that a panoramic sunroof will usually span the entire length of the cabin. Almost 15,000 people in the last 12 months wanted this open-air feeling, so it’s a pretty popular option to have.

You can get some that open at the front as well for a convertible-like driving experience in your family saloon. Most will have a blind which you can close if you don’t want the sun beating down on you, or they’ll at least be tinted for a bit of UV protection.

Best cars with a panoramic sunroof

Infotainment systems in cars these days are usually pretty straightforward to use, however having Apple CarPlay and Android Auto make sit that little bit smoother to operate. Simply plug your phone in and it’s mirrored on the infotainment screen with features such as your audio streaming services and Google Maps. This feature comes as standard on a lot of cars these days, however even as an optional extra over 10,500 people were willing to splash the extra cash to have it in the last 12 months according to carwow data.

This can be especially handy if your car doesn’t have a built-in sat-nav, as you can just use your phone. It also tidies up the dashboard because there’s no need to have a phone mount stuck to it. Most systems will require you to physically plug your phone in, however, some can be done wirelessly.

Driving can be dull, especially on long motorway slogs, so wouldn’t it be great if there was some tech that could take some of the strain on these journeys? Well luckily, such a thing does exist. Advanced driver assist can steer to keep you in lane, as well as maintain a safe distance from the car in front, all with no input from you (as long as your hands are actually on the wheel). Over 9,000 people have opted to have this on their new car in the last 12 months according to our data, and it’s no wonder as it’s such a useful feature to have.

Some of these systems are more advanced than others. For example, some can slow down to a stop in traffic and set off again when the car in front moves. While these work very well as a driver’s aid, they are not a substitute for a human driver, so you need to be paying attention while behind the wheel.

Are you looking to change your car? Then head over to carwow. You can sell your car, and get great offers on a new model from our trusted dealers, all from the comfort of your home. Tap the button below to get started.