10 of the worst cars ever made 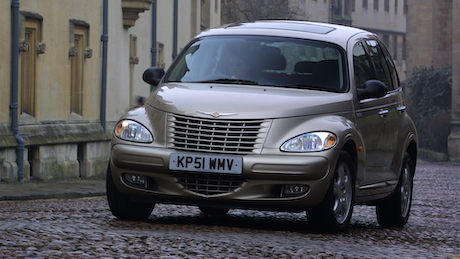 We’ve all regretted a car buying decision at some point, but what are the worst cars ever made? Keep reading for the top 10 terrible cars.

There aren’t very many truly terrible cars around these days, however that’s not always been the case. In times gone by some manufacturers have come out with some right stinkers, and in this article we’re going to go over some of the worst.

But first, what makes a car really bad? Well this depends on a few factors. Some cars are properly naff to drive, some are unreliable, some are ugly and some can be downright dangerous.

Our pick of the of the top 10 worst cars ever made are:

The Triumph TR7 had some big shoes to fill when it came along in 1974. Its predecessor, the TR6, was an impossibly handsome sports car. You can imagine people’s shock when its replacement took inspiration from a piece of cheese…

It wasn’t a pretty car. In fact, it’s rumoured that when famous designer Giorgetto Giugiaro first saw it at the Geneva Motor Show he looked at one side, said nothing, then walked to the other and said “oh my god! They’ve done it to the other side as well”.

Electric cars have come a long way since the G-Wiz first hit the streets and it’s a good job, too. It was so small and flimsy it’s actually classed as a quadricycle rather than a car, and therefore didn’t have to meet the same stringent safety requirements.

It had a claimed range of just 50 miles courtesy of six lead-acid batteries under the seat, although in reality you wouldn’t see anywhere near this number. Not that you’d want to do 50 miles in it anyway, nor would you want to get anywhere near its 50mph top speed.

Retro styling, when done properly, can work very well. Just look at the Fiat 500 and the Alpine A110. Unfortunately, the Chrysler PT Cruiser is a prime example of retro styling gone wrong.

The PT Cruiser was a very awkward-looking thing, especially if you bought the drop-top model. Cutting the roof off also meant it was very much lacking in structural rigidity.

Few cars in history missed the mark quite like the Austin Allegro. It was developed in a hurry to replace the ancient Austin 1100 and, in a world where hatchbacks were becoming all the rage, it went down like a lead balloon.

The most and least reliable cars

It looked dumpy, with bulbous lines and weird proportions. Austin tried their best to be innovative with varying degrees of success. An odd square steering wheel was the most notable example…

The Cityrover was a missed opportunity for Rover in the early 2000s. With the company quickly going under, it was a last-ditch effort to boost slumping sales.

It was based on the Tata Indica — perhaps too much, essentially being an Indica with a different grille. It was slow, badly made, had sloppy handling and was plagued with reliability issues. It ended up being the final nail in Rover’s coffin and the company went bankrupt in 2005.

Ssangyong was desperate to make an impact in the European market in the early noughties, and the Rodius people carrier was supposed to be their way of making a splash. It worked, but not in the way that Ssangyong wanted.

Check out the latest MPVs

It claimed that the Rodius was styled to look like a yacht from the South of France, but from most angles it more closely resembled a shipwreck. The rear end looked like a dodgy conservatory plonked on the back, and this didn’t sit well with buyers.

Back in 2005, Nissan revealed a car that nobody asked for. The Micra C+C was a convertible version of the sensible supermini, and it was available in a fetching shade of neon pink.

It had cramped back seats, a tiny boot and about as much street cred as your dad’s Crocs. At least the folding metal roof was a neat touch.

The Citroen C3 Pluriel didn’t even have a folding metal hard-top going for it. Another convertible supermini, it had one of the most awkward roof arrangements in history.

It took 20 minutes and an engineering degree to get the thing off, and once you’d taken the top down you had to leave most of it behind because there was nowhere to store it in the car. Combine this with the car’s questionable styling and you aren’t left with a particularly appealing package.

Just because you can, doesn’t mean you should. This is advice that the makers of the Amphicar should’ve been given before they put pen to paper.

Okay, so that’s a little harsh. It was a great idea to try and make a car that doubles up as a boat, and technically it did work. It’s just a shame that it wasn’t especially good on the road or on the water.

The Hummer wasn’t the first military vehicle to be sold to civilians, but the original H1 was a properly tough off-roader. However, the H3 lost its utilitarian roots in favour of a chintzy Tonka Toy image.

The huge chrome grille and plastic interior looked cheap, but the H3 was anything but. It started from around £27,000 back in 2007.

Do you own one of the cars on this list? Well don’t worry because you can sell it through carwow. Just upload some photos, answer a few questions and our trusted dealers will do the rest. You get a selection of great offers on your car to choose from and the dealer can come to collect it from your home at a time to suit you.