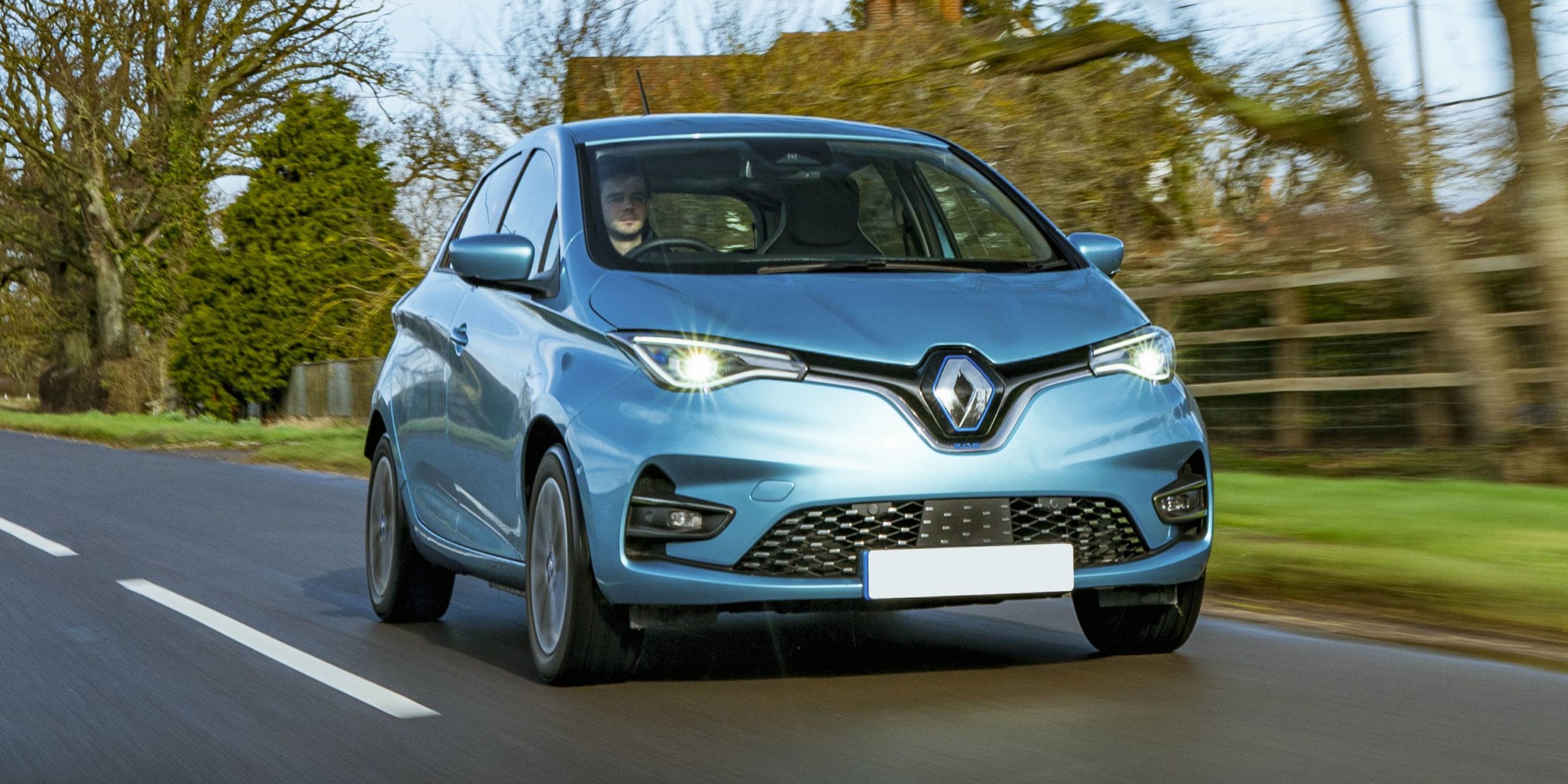 Electric cars get the glamour of being more eco-friendly and cheaper to run on a day-to-day basis than petrol or diesel equivalents. However, critics of them often hit back with the fact they’re generally more expensive to buy outright and to insure too.

While those are valid points, you don’t have to break the bank simply to get behind the wheel of an EV — as this list of the cheapest electric cars to insure shows.

Have a read through to find out which EVs are cheap to insure, and maybe even browse carwow’s offers to save money on the list price too…

If you simply want an electric car that’s dead cheap to insure, the Smart EQ Forfour is the way to go.

Its impressively low insurance costs come from its relative simplicity and small form factor making it pretty easy and cheap to repair in the event something does go wrong.

You’ll have to fork over a fair bit of cash to get one in the first place though, and its 70-mile range makes it pretty impractical if you use it as anything other than an inner-city runaround.

It’s no shock the Renault Twizy is one of the cheapest electric vehicles to insure.

For a start, there’s barely anything to it beyond a chassis, two seats and an electric motor so there’s really not a lot to repair. Plus it’s bordering on pennies to buy one.

Of course, it’s not exactly practical — in fact, you’d struggle to even call it a car — but it’s certainly more appealing than the bus as a means of commuting to the office.

Just like its four-seat equivalent, the Smart EQ Fortwo is one of the most affordable electric cars to insure of any.

It’s an insurance group up on the Forfour though, despite being down two seats, for reasons the insurance algorithms have decided. This could be down to repair times and parts availability for its altered bodywork.

It’ll cost a little less to buy the EQ Fortwo though, albeit range is still poor at 70 miles and it’s not a cheap city car to buy.

Volkswagen has stopped production of the e-Up now but there’s still plenty of new stock to buy, and grabbing one will see your insurance premiums come in pretty low.

This electric inner-city runaround will beat its alternatives from Smart with a 160-mile range and it’s rather practical for a car of its size too. It’s not exactly an exciting looking thing too, and equipment levels are spartan.

The Seat Mii Electric is practically just an e-Up with different badges, though it is slightly more expensive to insure one.

That may just come down to the availability of the slightly different bodywork, though it’s just as practical day-to-day as the e-Up and it’ll do 2 more miles from a charge as well — just in case you need to squeeze out that extra supermarket run from the battery.

Not only is the Renault Zoe one of the cheapest electric cars you can buy, but it’s also one of the most affordable to insure as well.

It’s about the size of a Clio so it’s practical for an EV at this price point, and will do about 240 miles between charges so it’s usable out of town too. Space in the back isn’t great and some of the interior feels a bit cheap, but it’s hard to argue with the value for money.

The Hyundai Ioniq Electric has been on sale for quite some time now, but it’s still a great-driving and appealing EV. With it having been available a while and also in hybrid versions, it’s not scarce and parts are readily available — making it cheaper to insure than a lot of electric cars.

This hatchback is one of the lightest on your wallet to have covered, albeit it is comfortably the priciest in the Ioniq lineup. You do get a lot of equipment for the cash though, and it’s spacious, too.

Even though it’s brand-new and unrelated to anything else the manufacturer makes, the Mazda MX-30 is rather cheap on insurance.

That may be partially down to its tiny battery pack which, though saving weight and shaving costs, means it’ll only do 124 miles between charges. If you can deal with a short range though, this stylish SUV will turn heads and keep your bank account looking rather healthy while doing so.

Similar to the Hyundai Ioniq Electric with which it shares parts, the Kia e-Niro is a variant of the wider Niro range so it’s easier to get a hold of parts. In turn, premiums are cheaper too.

Even though the e-Niro wasn’t ground-up designed as an EV, it’s one of the best out there — offering a range of 282 miles between charges in its long-range guise as well as decent levels of equipment on all versions. Just don’t expect it to turn too many heads if attention is your thing.

Rounding out the top 10 is the recently-refreshed Hyundai Kona Electric. It’s been given a tweaked look and more equipment but retains low insurance premiums to make for a rather appealing package.

It’s good fun to drive too, plus offers a respectable 279 miles of range between charges. Its boot isn’t huge, but if you can sacrifice a bit of space you’ll have a fantastic and affordable car on your hands.