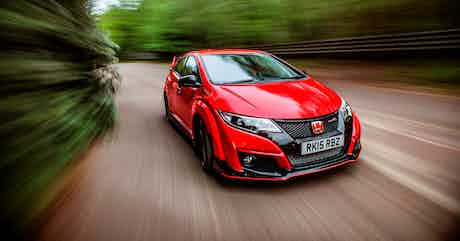 To many drivers, using a manual gearbox might seem like a chore. As you waggle the lever around, clutch pedal wearing out your left leg in every traffic jam, you might wonder if it’s worth the hassle.

Speak to most driving enthusiasts, however, and they’ll claim that nothing beats the involvement that a proper manual shift delivers. Find the right road, and not even the most advanced dual clutch automatics will come close to the satisfaction of perfectly matching engine revs on a downshift, or slipping through the gears to keep the engine in its sweet spot.

Whether you’re looking for something sporty which offers an extra dimension of interaction, or simply appreciate the quality of a good manual shift in an everyday car, there’ll be something for you in this, our top 10 list of do-it-yourself shifters.

When Toyota set about developing the GT86 (in conjunction with Subaru) it chose not to focus on outright performance, deciding instead to produce one of the purest, most interactive driving experiences on the market. The driving position is nigh-on perfect, the steering is full of feel and is perfectly weighted, and the four cylinder ‘boxer’ engine keeps the centre of gravity very low for exceptional cornering agility.

And then there’s the gearbox. The six speed manual is a joy to use: precise, quick, and with just enough weight to feel like there is a direct mechanical connection between car and driver. Use our GT86 deals page to save money.

The Suzuki Swift Sport is arguably one of the most underrated performance cars on the market. As with the GT86, straight line performance is modest, but entertainment is very high. It’s rare to find such simple fun elsewhere, especially for such a low price.

The revvy 134hp 1.6-litre engine has barely 1,000kg to shift, and the snappy manual ‘box encourages the driver to squeeze every last ounce of performance from it. It won’t be long before you’re heel-and toeing each braking point to perfection. The best bit is that you can save around £1,000 on the car’s £13,999 list price by buying the Swift through carwow.

The art of heel and toe, however, is a difficult one to master. When approaching a corner, the driver must brake with the right foot, change down the gears by pressing the clutch with the left foot, while simultaneously blipping the throttle to match engine revs to the road speed. This requires rolling the right foot onto the accelerator pedal while keeping it pressed down on the brakes. It sounds tricky, and it certainly takes practice to master, but it keeps the car more stable under hard braking – especially in wet conditions.

To simplify things for the driver, Nissan introduced a system known as SynchroRev Match for the 370Z, equipped as standard on GT models. By blipping the throttle automatically, every downshift is perfect, enabling the driver to focus a more on the road ahead rather than fluffing up the footwork. The added bonus is that combined with the 370Z’s 3.7-litre V6, it sounds fantastic.

Spec up your 370Z with carwow to buy from the best Nissan dealers in the country.

While Nissan invented the rev matching system, other manufacturers have developed similar tech. One such car which also includes rev match is the Mini Cooper S.

While some driving enthusiasts suggest that it takes a little of the skill out of performance driving, from behind the wheel of a busy, 189hp hot hatch like the Mini, it can often be a welcome addition. The compensation of a perfect downchange every time is more than enough for most drivers, anyway.

It’s rare for a plain old family hatchback to offer genuine driver involvement from all of the major controls, but the Ford Fiesta does an uncanny job of getting everything just right.

The steering is pin sharp in its accuracy, the pedals are light but well-judged, while the gear shift is hugely enjoyable to use. The smooth, quick action of the gearchange in even the most basic five-speed manual versions explains why the Fiesta is such great fun to extract every last horsepower from. Use our Ford Fiesta deals page to see what you could save.

Honda has always produced a fine manual shift – even the six-speed unit in the Honda Jazz feels as nice to use as many sports cars’ – but the Japanese firm saves its best for the performance models.

The wild-looking Civic Type R might not be everyone’s cup of tea to look at, but from behind the wheel it’s hard not to be left deeply impressed by its talents. The 306hp turbocharged 2.0-litre engine helps it sprint from 0-62mph in only 5.7 seconds, towards a top speed of 168mph. Those performance figures would be much harder to replicate if the manual gearbox wasn’t so willing. Thanks, however, to a wonderful feel and a minimal 40mm throw between ratios (copied from the classic Honda NSX), it’s possible to pile through the gears to your heart’s content.

Snick your way through the gears to a new Type R of your own using our Civic Type R deals page.

A manual gearshift doesn’t have to be short and snappy like the Civic’s for it to feel satisfying to use though. At the completely opposite end of the scale is the Vauxhall VXR8. A huge supercharged 6.2-litre V8 petrol engine requires a robust gearbox to cope with all of 576hp and 546lb ft of torque, and the six-speeder certainly feels that way from the driver’s seat.

The large heft required to change gears makes the process a true workout, and it isn’t a transmission you can hurry, yet the mechanical quality of the shift action makes it extremely rewarding. Imagine pulling the lever for a set of points on a railway track and you have the right idea.

In contrast to the VXR8, changing gears in a Porsche Cayman GT4 is more akin to loading a bolt-action rifle: slick, precise and perfectly engineered. The GT4 is loved by the motoring press, because at a time when some of Porsche’s more driver-focused models are switching to automatic flappy paddle gearboxes, the pinnacle of the Cayman range has persisted with a three-pedal setup. It’s a big part of the reason why many testers believe that the Cayman GT4 is one of the ultimate ‘driver’s cars’ on sale today.

Despite competition from the likes of the SEAT Leon Cupra, Volkswagen Golf R and the Honda Civic Type R, in many critics’ eyes the RenaultSport Megane 265 is still the ultimate hot hatch on sale today.

As any small hot hatch should be, it relishes the opportunity for a good thrashing along a county road. The six-speed manual is more than up to the task, too – there are few gearboxes on the market which let you slam through the gears faster. It’s raw, it’s exciting, yet it’s very accomplished indeed.

When the first generation of MX-5 was in development, Mazda wanted to ensure that it took the best bits of the most exciting British sports cars of the 1960s, and wrap them up in a modern, reliable package.

Now in its fourth generation, the same qualities that made the 1989 car so popular remain: it’s small, the weight is low and the engines are characterful. Major controls like the steering and pedals feel just right.

The gearshift is one of the stars of the show. The six-speed manual has a short throw of just 40mm, and it helps to keep this lightweight two-seater on the boil exactly when you need it to be. It just wouldn’t be the same with an automatic, that’s for sure.

carwow helps you save money on your next car and also makes sure you get the best buying experience possible. Simply click the green button on our homepage to get started.

If you need a little more inspiration, use our car chooser to whittle down the 400+ cars on sale to a handful that suit you.

The best cars on PCP finance deals
Fiat 124 vs Mazda MX-5 comparison
The 10 most stylish small cars you can buy
Mazda MX-5 vs Toyota GT86 and Subaru BRZ
Honda Civic Type R vs SEAT Leon Cupra
How does the new Honda Civic Type R compare to the old one?
How is the Russian invasion of Ukraine affecting the global car industry?
Peugeot Allure trim: What is it and is it worth it?
Drag race: Audi RS5 vs BMW i4 M50
Understeer vs oversteer: What’s the difference?
Lamborghini Aventador generations drag race
Pedestrian crossings in the UK explained
10 of the best drift cars
Volkswagen Passat vs Audi A4
Skoda Laurin & Klement (L&K) trim: what is it and is it worth it?