10 of the best rally cars of all time 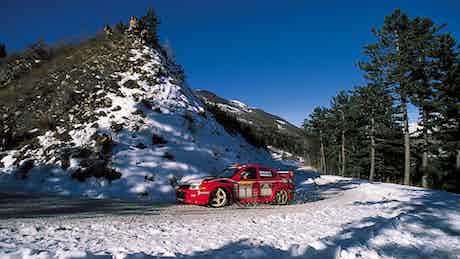 Seeing a car skittering sideways along a muddy track is a captivating sight, and ever since the Paris-Rouen Horseless Carriage Competition of 1894, drivers and manufacturers have taken to rallying to test their machines against each other.

The World Rally Championship, inaugurated in 1973, formalised the many rallying events around the globe and ushered in an era of some amazing purpose-built rallying machines. Read on to see 10 of the best ever made, to qualify they must have achieved heroic feats or captured the publics’ imagination like no other.

Our pick of the best rally cars ever are:

The WRC came into being in 1973, and Renault’s sporting division Alpine decided to take part with the already successful A110, a small rear-wheel-drive, rear-engined sports car.

It was rugged and nimble and won just about every race the works team took part in, clinching the first ever WRC constructors’ title. The modern-day road going Alpine A110 may be a far more advanced machine, but it stays true to the lightweight philosophy that made the original such a success.

This is the Michael Jordan of rally cars, ushering in a new era of all-wheel drive dominance that revolutionised the sport. Its sheer dominance over the RWD opposition on slippery surfaces helped the Quattro take 23 wins in six years as well as two drivers’ and two constructors’ championships in the process.

It’s off-beat five-cylinder motor remains one of the greatest sounds in motorsport. You won’t find one for sale today but a modern RS3 Sportback offers a similarly beguiling five-cylinder soundtrack and that all-important Quattro layout.

The Lancia 037 was the last rear-wheel-drive rally car to ever win the WRC. It was outclassed on the gravel and sand by the grippy Audi Quattro, but its mid-engined layout, lag-free supercharged engine and rear-wheel-drive balance gave it the edge everywhere else.

It won constructors’ championship in 1983 and top three positions for three more years between 1984-1986.

The 205 T16 could well have been the most successful WRC rally car were it not for the disbanding of the Group B class at the end of the 1986 season.

After a handful of entries and three wins in 1984, this little French rocketship took both the drivers’ and constructors’ championships in 1985 and 1986.

The MG Metro 6R4 shared just its name and a few panels with the then popular Metro city car, having an advanced four-wheel-drive system and 3.0-litre V6 engine where your mum’s shopping usually went.

Unusually for the time it did without turbocharging, but still made up to 410bhp and proved to be very quick. Reliability issues and a very short rally career (it was introduced just a year before Group B was banned) meant that it had to prove its worth in privateer’s hands years later.

Whereas most other rally cars were based on road-going production cars, the Ford RS200 was designed from the ground-up to compete in the WRC.

Rather potent turbo lag and two serious accidents prevented the RS200 from achieving success in the WRC championships, but it proved highly successful in the European Rallycross drivers’ championships from 1986 all the way to late 1992.

The Toyota Celica GT-Four was developed to comply with the Group A WRC requirements, and proved extremely successful in the hands of drivers like Carlos Sainz, Didier Auriol and Juha Kankkunen, winning them each a drivers’ championship – two for Sainz.

It also took the constructors’ trophy in 1993 and 1994, becoming the most dominant rally car of its time. Unfortunately, it was also the subject of the possibly the most elaborate cheating scandal in WRC history, with an illegally modified turbo system seeing the team being banned for part of 1995 and the entire 1996 season.

You can’t buy a Celica anymore, but the Toyota GR Yaris is a great consolation prize, and about as close as you can get to a road-legal rally car.

Anyone who even had a mild interest in cars in the ‘90s will remember the blue and gold Subaru Impreza WRX flying across bumpy rally stages at the hands of such legends like Colin McRae and Carlos Sainz.

The Impreza became a dominant force in rallying events around the world and eventually won over 160 championships during its long rallying career. The limited-edition road-going vehicles that it inspired have long become valuable collectors’ cars.

The Lancer Evo fought with the Impreza WRX throughout its career and Tommi Makkinen’s impressive four-in-a-row drivers’ titles from 1996-1999 proved just how competitive this car was.

The sheer number of ‘evolutions’ this model went through showed just how committed Mitsubishi was in incrementally improving its star rally car to stay at the top.

It may have looked like a beefed-up family hatchback, but the Citroen C4 WRC was one of the most dominant and mechanically reliable rally cars ever.

It didn’t hurt that through much of its careers it was piloted by towering talents like Sebastien Ogier and Sebastian Loeb, but you can’t score points if you don’t finish and the C4 WRC hardly ever failed, winning over 64% of its races in the process. With four drivers’ and three constructors’ titles, it remains one of the most successful rally cars in history.

Choosing just 10 rally cars to represent the best of the best is an exercise in frustration, simply because one will inevitably leave out some very worthy competitors.
The Lancia Stratos and Lancia Delta Integrale are both deserving of their own articles let alone just a mention, while the astonishingly dominant Volkswagen Polo R WRC is another impressive modern rally car.

Found the perfect car to live out your rally stage fantasies in? Then take a look at the latest offers on your preferred model through carwow.

Configure your next car