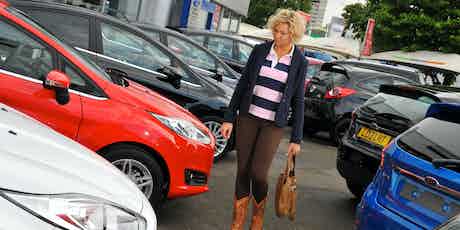 Car sales in the UK reached record levels in 2016 but the good times might soon come to an end. Mike Hawes, head of the SMMT (Society of Motor Manufacturers and Traders), revealed in an interview with Sky News that the group expects car prices to begin rising this year.

In the interview, Hawes suggests that the UK car industry could see price rises in the first quarter of 2017 of around two to three per cent. This, as he notes, would mean an increase of roughly £400 on top of a Ford Fiesta Zetec usually costing £13,500 – hardly a deal breaker now but a potentially worrying sign of things to come.

British motorists could get a further kick in their wallets should they decide to buy an imported car rather than a homegrown model. If trade tariffs change when the UK leaves the European Union, the SMMT warns that up to £1,500 could be added to the price of an imported car in addition to any price rises on these shores.

Andy Haldane, an economist working for the Bank of England, observes that a consequence of rising prices may be consumers deciding to “throttle back” on spending. Reduced consumer spending could lead to even less economic growth and mounting household debt.

The rise could occur against a generally positive wider picture of the UK’s motoring industry. Despite a drop in private sales in 2016, overall sales were up by 2.2 per cent in 2016 compared to 2015 – driven by very strong demand in the fleet market.

As a result of price hikes, UK car manufacturing faces a “double-edged sword” – we export 80 per cent of the cars we build so a weaker pound will probably encourage more sales. The weaker pound also means, however, that the components UK brands use to build cars will become more pricey.

On the face of it, the situation seems a little bleak – squeezed manufacturing margins and lower household spending could cause a major dent in the UK’s market. That said, the UK’s car market has been incredibly resilient even in the wake of the global financial crash in 2008, so could weather this storm better than some experts are suggesting.