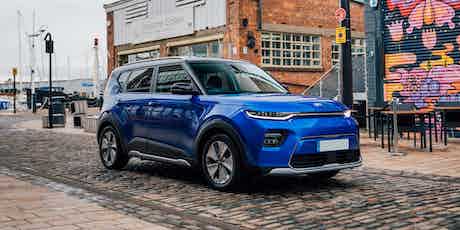 Range for electric cars is always the big talking point — how far you can go in your EV often seems to be the way manufacturers like to hook customers in.

In reality though, if you’re only making short journeys, the maximum range could be totally irrelevant to you — especially if you can charge up often. Efficient use of energy may be of more interest to you in that case, as you might find an electric vehicle you may have to charge a little more often but one that makes the most of your money.

Efficiency a key factor in your next car? Read on to find out what the most efficient electric cars on sale today are.

What do miles per kWh mean?

Much like a petrol or diesel car’s fuel consumption is measured by MPG (miles per gallon), an electric car’s energy consumption can be calculated by miles per kWh (kilowatt hour). This is the rate at which it depletes the energy of its batteries.

Similar to MPG, the higher the miles per kWh figure, the further you’ll go on a single charge.

What are the most efficient electric cars?

Here are the 15 electric cars that top the efficiency charts that you can buy today.

So the Renault Twizy doesn’t exactly squeal ‘practical family car’, but if you need an eco-friendly urban runaround for yourself, why look any further?

It’ll manage 6.1 miles per kWh from its battery pack so you won’t have to worry too much about racking up big charging bills, while its dinky size will make light work of any tight parking space or narrow street you can throw at it. Better still, it’s cheap to buy in the first place too.

Even without an electric motor, the Volkswagen Up has been a king of the city-bound daily drivers. With the batteries though, it’s arguably at its peak – offering a cheap, dinky and fun way to knock around town.

With the ability to cover 5.3 miles per kWh, it’s the most efficient electric car that you can get your family into too. As long as it’s a small one, anyway.

Smart is widely known for being the ultimate city car, so it’s no surprise that the now all-electric EQ Forfour is one of the best EVs for pootling around built up areas too.

It sips away at its battery, allowing for an impressive 4.7 miles per kWh, and is just as nimble and well-packaged as you’d expect from a Smart. You’ll even get four people in this version of it, too.

An efficient electric car doesn’t just have to be some tiny city car — as proven by the Hyundai Ioniq Electric.

It’ll seat a family of four without issue, and does so while managing 4.5 miles per kWh from its battery pack. It is quite pricey as far as the Ioniq goes (plug-in and regular hybrids are available too), though you get plenty of equipment for your money.

The Tesla Model 3 might just be the ultimate electric car. It’s brimming with futuristic features like its self-driving Autopilot tech, does away with buttons for a minimalistic look and looks like something you’d have expected to see in Back to The Future.

It can eek 4.4 miles per kWh from its battery too, with range as high as 360 miles between charges if you do need to go the distance. You’ll be able to access Tesla’s Supercharger network, too.

The new Fiat 500 is only available as an electric car, but it is an impressive one at least. It keeps the iconic looks of the old car, but revamps them with a modern twist.

With 4.4 miles per kWh doable, it is as efficient as it is stylish. Range is pretty impressive for a city car as well, with 199 miles possible between charges regardless of you going for the hatchback or cabriolet.

The SEAT Mii Electric shares pretty much everything but the badge with the VW e-Up and so is an impressive dinky EV.

It does lag behind the e-Up a little at 4.3 miles per kWh from its battery pack, but still keeps the fun driving experience and maneuverability that makes these city cars so easy to live with — even in the most built up of areas.

It looks the part too, and is loaded to the brim with technology. You’ll have to pay extra for fast charging capabilities though, and boot space is comparatively limited in its class. If it’s only to be used as a daily runaround though, you could do a lot worse than a Zoe.

Electric SUVs are quickly becoming a common sight, and the Hyundai Kona Electric currently holds the crown for the most efficient of the lot of them.

It’s just been refreshed, so it’s brimming with the latest technology — and a lot of it too. So, you’ll be doing your 4.3 miles per kWh surrounded by a crisp infotainment system and a funky digital driver’s display.

The Volkswagen ID3 isn’t the manufacturer’s first EV, but it is the first one designed from the ground up as an electric car.

That’s resulted in something rather good. It’s spacious inside, looks pretty cool and will cover 4.2 miles per kWh from its battery — rather impressive for a car that pretty much matches the Golf for everyday usability.

For something that’ll easily swallow the whole family, the Kia e-Niro is a strong choice for an efficient electric car.

It’ll manage 4.2 miles per kWh while seating five with ease, plus its boot is rather spacious for when you need to haul a lot of luggage or shopping. It’s not exactly refined on a motorway, but it will at least go the distance with 280 miles possible between charges.

The Mini Electric nails the basics that make the British icon so good in the first place. It looks the part, offers serious fun behind the wheel and feels rather well put together — then brings an efficient electric setup.

At 4.1 miles per kWh, it’s one of the most efficient electric cars out there too — although its range is rather limited, so will be best served as an inner-city runaround.

The Citroen e-C4 falls somewhere between a crossover and a regular hatchback, so it’s rather spacious without being too big in size.

With 4.1 miles per kWh manageable too, it’s a rather efficient choice of EV as well. It’s well kitted out and with 380 litres of boot space on offer, you could use this easily as an eco-friendly, affordable family car.

Looking to turn a few heads with your electric vehicle? The Kia Soul EV should be able to manage that. This funky-looking SUV packs the much of the same electrical gubbins as the e-Niro, but is not quite as efficient at 4 miles per kWh.

You’ll be sacrificing practicality too, but if you can forego the space, you’re getting a well-equipped and seriously cool car.

Like the look of a Tesla Model 3 but just isn’t expensive enough for you? Well, upgrade to the Tesla Model S.

It has remained on sale largely the same visually since 2012, but it’s evolved to feature bags of technology like the Autopilot suite of software and fast-charging capabilities. You’ll get 3.9 miles per kWh out of it too, so it won’t cost a bomb to run.

Every electric car ranked by efficiency

Curious to see how efficient other electric cars are? Here is a list of every electric car on sale today, ranked by efficiency – its miles per kWh (kilowatt hour) figure.