What does TDI stand for? 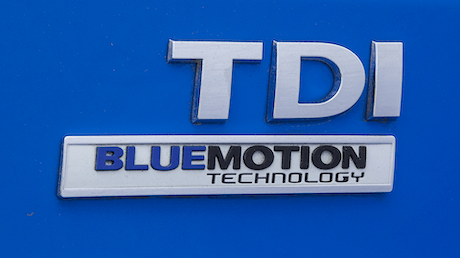 TDI is used by the Volkswagen Group as a term to refer to its diesel engines.

You’ll see these three letters stuck on the back of a range of cars produced by its brands.

What does TDI stand for though, and what makes it different from other engines? This guide explains.

You’d be forgiven for thinking ‘D’ in TDI meaning diesel, but that’s not the case.

TDI stands for Turbocharged Direct Injection. Direct injection is when fuel is sprayed directly into a car’s cylinder rather than delivered through an intake manifold.

Though Volkswagen only applies TDI to its diesel engines, petrol engines will use direct injection technology in many cases too. Just not the branding.

Which cars have a TDI engine?

You’ll find the TDI moniker on a number of cars produced by Volkswagen. This also stretches to other brands under the VW Group, including Audi, Seat and Skoda.

Smaller hatchbacks such as the Volkswagen Polo, the Seat Ibiza and Skoda Fabia all once were offered with TDI engines but this is no longer the case.

Entry-level diesel points are now the Volkswagen Golf, Seat Leon, Skoda Octavia and Audi A3 for each respective brand.

You’ll find them in larger saloons like the Volkswagen Arteon, Skoda Superb and various Audi models such as the A6, A7 and A8.

Performance-oriented Audi S models such as the S4 and S5 use TDI power as well.

Almost every SUV offered by the VW Group has at least one diesel engine to pick too. Exceptions to this include the Volkswagen T-Cross, Seat Arona and Skoda Kamiq.

What types of TDI engines are available?

The core of the VW Group’s current crop of TDI engines is a 2.0-litre unit. This unit appears in a vast range of cars from the VW Golf to the Audi Q5 and many in-between.

Some higher-end models can be had with a larger, more powerful 3.0-litre TDI engine too. These include Audi’s diesel S models, as well as some SUVs like the VW Touareg and Audi Q7.

What’s the difference between a TDI and a TSI engine?

While a TDI engine denotes a VW Group’s diesel engine, a TSI moniker refers to a turbocharged petrol engine from the manufacturer.

TDI engines will typically have better fuel economy compared to a TSI (especially if you do lots of long motorway journeys), as is usually the case with any diesel engine compared to petrol. TDIs tend to be more expensive to purchase though, and the fuel itself typically costs more per litre.

They’re used by the same brands too — you’ll find TSI on a number of Volkswagen, Seat and Skoda cars.

Can I change the colour of my car?
10 best cars for students 2022
How often should you service your car?
Number plate retention guide
6 best new car warranties in 2022
What is MPG in cars?
Top safest cars in the UK (2022)
What is ESP on a car?
What does TSI stand for on a car?
The 10 best used family cars
Euro NCAP ratings explained: how safe is your car?
10 best cars with three full rear seats
Selling a deceased person’s car
The best cars with big boots
Lost your car keys and don’t have a spare? Here’s what to do