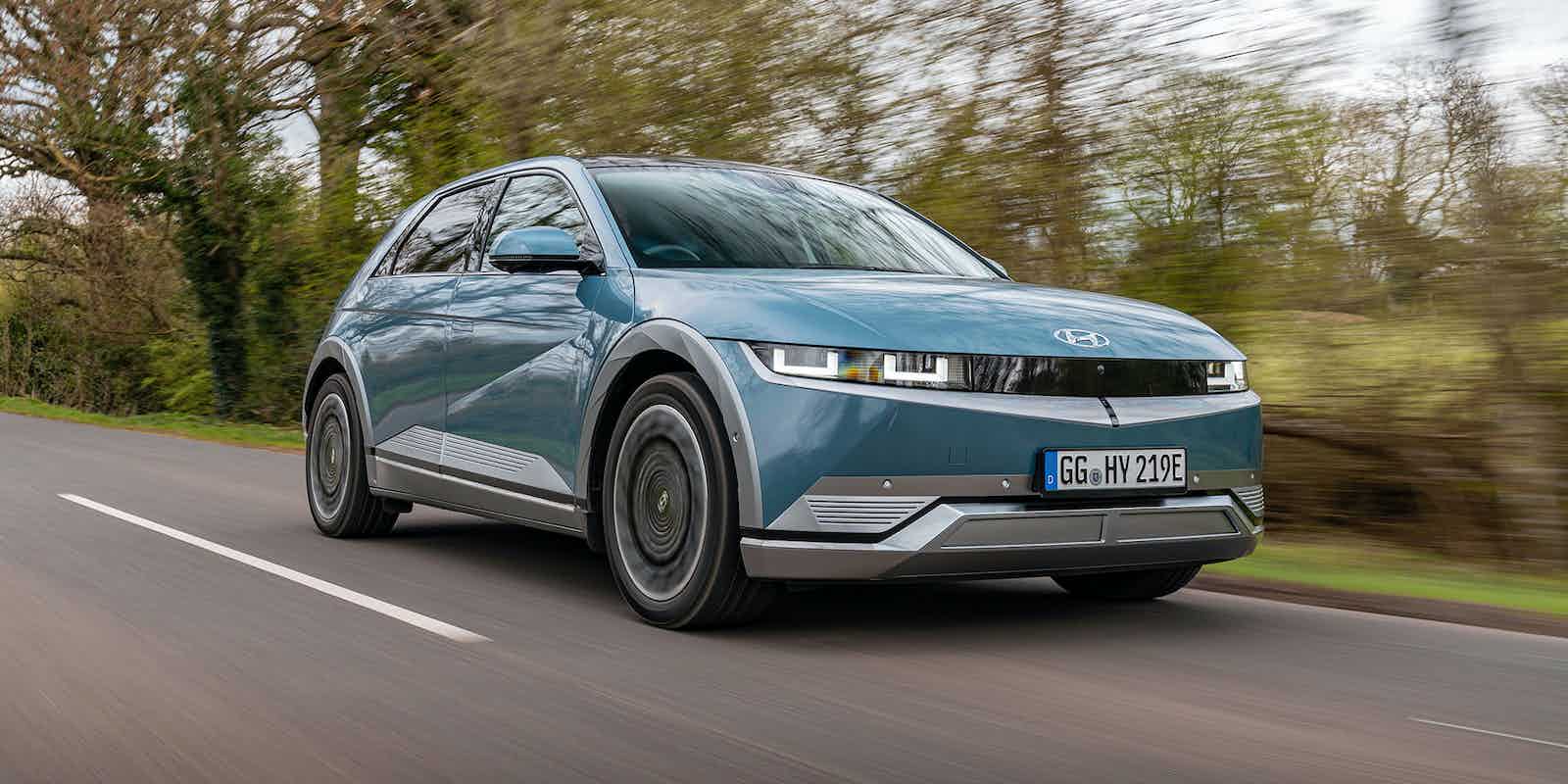 Pricing for the Hyundai Ioniq 5 electric car has been officially confirmed for the UK. This £36,995 electric car will come with two battery and motor options, and up to 300 miles of range. Read on for full details.

The new Hyundai Ioniq 5 is the brand’s newest purpose-built electric car. It’s a family SUV alternative to the likes of the Volkswagen ID4 and Skoda Enyaq iV, and comes with up to 300 miles of range thanks to its 72.6kWh battery.

Entry-level models cost from £36,995 and are available to order in the UK now.

Three new models are available, in addition to the limited-edition (and now-sold-out) Project 45 versions: SE Connect, Premium and Ultimate.

Buy one of these and you’ll also get a digital driver’s display, LED lights, wireless phone charging and adaptive cruise control as standard.

The SE Premium model comes with the same battery and electric motor as the SE Connect as standard, but packs in more equipment. You get heated front seats, four-way electric adjustment for the driver’s seat, an electric-opening boot lid and a few bits of extra chrome exterior trim.

Also standard are some new driver-assistance systems, including blind-spot warning and an automatic lane-changing feature for the adaptive cruise control. You can also pay extra to allow your car to charge other electronic devices, such as laptops, or even another electric car. The SE Premium model is also available with a larger 73kWh battery and four-wheel drive.

AS with the Premium model, you can pay extra to get a larger 73kWh battery and four-wheel drive. This upgrade also comes with larger 20-inch alloy wheels in Ultimate models.

Every new Hyundai Ioniq 5 comes with a five-year unlimited mileage warranty and an eight-year (or 100,000-mile) warranty for the battery. You also get a one-year subscription to the high-speed Ionity public electric-car charging network.

The new Hyundai Ioniq 5 looks almost identical to the ’45 EV Concept’ that Hyundai revealed back in 2019.

The new Ioniq 5 gets the same angular body design with equally eye-catching headlights featuring four square rings of LEDs. Even the alloy wheels (which measure up to 20 inches across) look pretty similar to those on the concept car.

The popout door handles feel more like they belong on a Tesla than an affordable family car, and the Ioniq 5’s upmarket full-width brake lights with a cool pixel-like design, look equally posh for a relatively affordable electric car. You can even get it with rear-facing cameras instead of conventional mirrors – just like the Audi e-tron SUV.

All this means the new Hyundai Ioniq 5 certainly has the likes of the Volkswagen ID4 licked in the ‘look at me’ stakes.

The new Hyundai Ioniq’s cabin looks just as futuristic as its bodywork, and in an equally minimalist fashion. Its flat dashboard and two 12-inch infotainment screens look similar to what you get in a Mercedes A-Class, and the slick integrated air vents are a nice touch.

Those touch-sensitive heating controls may look great, but these sorts of buttons can prove tricky to use while you’re driving.

Unlike most new cars, the Hyundai Ioniq 5 doesn’t have a centre console between the driver and front-seat passenger. Instead, high-spec cars get a couple of raised cupholders and a large central storage tray that can slide forwards or backwards by up to 140mm.

The front seats are electrically adjustable, and you can recline them until they’re almost flat. These seats are also 30% thinner than in other Hyundai models to give back-seat passengers more knee room.

You can get the new Hyundai Ioniq 5 with two different battery options. The Standard Range car comes with a 58kWh battery while the Long Range model gets a 72.6kWh battery.

Hyundai hasn’t confirmed how far the Standard Range can drive for between charges, but it claims models with the larger battery have up to 300 miles of range.

You’ll be able to charge the Hyundai Ioniq 5 using the fastest 350kW public chargers. These will top-up your batteries from 10% to 80% charged in just 18 minutes. In other words, you can plug it in for just five minutes and get an extra 60 miles of range.

You can also use your Hyundai Ioniq 5 as a charger to power a range of accessories, such as a laptop or an electric scooter using a three-pin electrical socket between the back seats. This can supply 3.6kW of power – the equivalent of a small petrol generator – and is available as an option in all but entry-level SE Connect cars.

Both the Standard-Range and Long-Range versions of the Hyundai Ioniq 5 comes with a rear-mounted electric motor as standard, but you can pay extra for a more powerful model with a second electric motor at the front. Single-motor cars are rear-wheel-drive while dual-motor models come with four-wheel drive.

In terms of acceleration, entry-level Standard-Range cars with a single motor reach 60mph from rest in 8.5 seconds. It takes the most powerful dual-motor Long-Range cars 5.2 seconds to cover the same 0-60mph sprint.

The new Hyundai Ioniq 5 is slightly longer than the new Hyundai Tucson, and it should have a roomier cabin because there’s a greater distance between its front and rear wheels. You can also slide the Ioniq 5’s back seats forward or backwards by up to 135mm depending on whether you need to carry loft passengers in the back or lots of luggage in the boot.

Speaking of which, the new Ioniq 5 has 531 litres of boot space, which is significantly less than the 620 litres you get in the Hyundai Tucson. The extra luggage space under the Ioniq 5’s bonnet only adds a maximum of 57 litres (in two-wheel-drive versions.)

You can get the new Hyundai Ioniq 5 with a load of new safety kit, including pedestrian detection, automatic emergency braking, automatic headlights and advanced adaptive cruise control that can steer and brake for you on motorways. There’s also a surround-view camera system and a park-assist feature that’ll steer you into bay- and parallel-parking spaces.