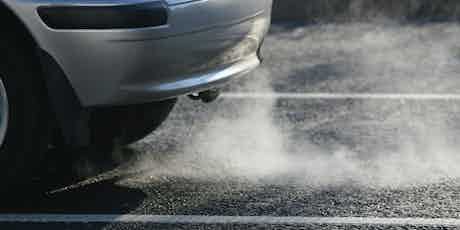 The sale of new petrol and diesel cars will be banned from 2030, the Prime Minister has announced.

The Government has brought forward plans to end the sales of new cars powered wholly by petrol or diesel.

The announcement was part of a 10-point plan for a ‘Green Industrial Revolution’  in which the Government aims to ‘eradicate the UK’s contribution to climate change’.

To encourage consumers into electric cars, sales of new petrol and diesel cars will stop in 2030. Sales of plug-in and full hybrid cars can continue until 2035.

The Society of Motor Manufacturer and Traders, the trade body representing car makers and dealers, said the new deadline ‘sets an immense challenge’.

SMMT chief Mike Hawes said: “Success will depend on reassuring consumers that they can afford these new technologies, that they will deliver their mobility needs and, critically, that they can recharge as easily as they refuel.

“For that, we look to others to step up and match our commitment. We will now work with the government on the detail of this plan, which must be delivered at pace to achieve a rapid transition that benefits all of society, and safeguards UK automotive manufacturing and jobs.”

As well as stopping sales of new petrol and diesel cars, the Government has announced initiatives to encourage consumers into electric cars. These include £1.3 billion earmarked to accelerate the rollout of chargepoints for electric vehicles in homes, streets and on motorways across England.

A further £582 million is being set aside for grants to help consumers buy zero or ultra-low emission vehicles.

Should I buy a diesel or a petrol car now?

We’re still 10 years away from the ban so you have plenty of time to consider what’s best for you. A recent carwow poll found that 52% of motorists were considering buying an electric car in the next five years.

carwow’s James Hind said: “This announcement may itself not have a big impact on valuations now or in the near future.

“But with more restrictions being placed on petrol and diesel cars by cities, and for future likely vehicle tax increases, we do think if you plan on owning your car for a long time then it’s wise to consider how much petrol or diesel cars will hold their value.

“However, we must not forget that over 80% of people who buy a new car do it through a finance scheme, where the depreciation risk is not a concern.”

Tap on the button below to let us help you decide on your next new car. Or read on for more electric car advice.

Read our advice guide Electric Cars vs Plug-in Hybrid Cars vs Hybrid Cars to find out the differences in each of these vehicles.

Should I buy an electric car?
With our advice guide, you can make an informed choice about whether or not the time is right for you to make the change.

How much does it cost to charge an electric car?
It’s a simple sum based on the size of your electric car’s batteries and how much you will pay for electricity. You can find out more in our blog.

Where can I charge an electric car?
Take a look at our electric car charging map where you can find your nearest charging point and plan your route via the most convenient charging stations on your journey.