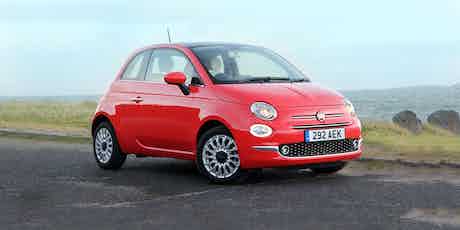 Fiat has revealed a more efficient version of the 500’s 1.2-litre petrol – the new ‘Eco’ variant claims to return 65.7mpg on average

The Fiat 500 is now offered with a more efficient version of its 1.2-litre petrol engine. Dubbed ‘Eco’, the new model is now on sale in the UK in hatchback and 500C convertible forms. Its claimed average fuel economy rises from the normal 1.2’s 60.1mpg to 65.7mpg with CO2 emissions dropping from 110g/km to just 99g/km.

With the help of a smart alternator, optimised aerodynamics, low-rolling resistance tyres and stop/start, the most popular engine in the range is now clean enough to qualify for free road tax. Its company car tax rate also drops from 17 per cent to 14 per cent.

Owners covering 12,000 miles per year could save around £98.33 on fuel and road tax alone – based on rough calculations with fuel costing £1.02 per litre at the time of writing. This means you’d need to own the car for just over a year to recoup the extra cost.

For a low mileage user covering 3,000 miles per year, the savings on fuel and road tax total £39.54 per annum. This means it would take slightly more than two-and-a-half years to recover the £100 premium.

Despite the increased efficiency, performance hasn’t been affected. It offers the same figures as the standard 1.2-litre – 0-62mph takes 12.9 seconds and top speed remains unchanged at 99mph.

Larger front disc brakes are also included over the standard 1.2 69hp, enhancing the standard safety equipment including seven airbags, stability control and a “Hill Holder” function that prevents the car from rolling backwards when moving off from an incline.

Save money on your new Fiat 500

The new 1.2-litre Eco engine is now available to order so put the Fiat 500 or Fiat 500C convertible in our car configurator to see the deals carwow could help you get. For more options, head over to our car chooser to narrow down your searcn