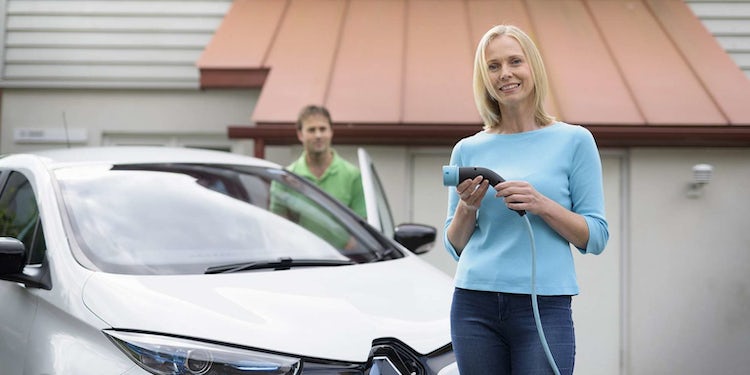 Add a typical week in your car

What type of driving do you regularly undertake and where

Different factors can affect your car's range, such as speeds, climate temperature and in-car equipment.

What does electric car range mean?

Electric car range is how long an electric vehicle can travel based on many factors including temperature, speed, driving style and use of equipment such as climate control.

This is an important factor to consider before making the switch to electric as it’s important you find a vehicle that matches your needs. There are however many other factors such as wheel size, number of passengers, the terrain you are driving on (hills vs flat), aggressive driving, even driving into headwinds that could impact your range, but as we only cover a small number of factors, the results of the calculator are just an estimate, your mileage will vary, but it will give you a good idea of the range you’d need from your vehicle on an average day.

One of the biggest anxieties around switching to electric is running out of electricity or the vehicle not being able to travel as far as you’d want before charging. Almost half of customers asked by carwow said range was their biggest concern. But for most of us, that needn’t be a concern – the average trip length in the UK is 6.8 miles while the average trip time is 23.3 mins. According to carwow data, the average electric car in the UK can travel up to 200.23 miles on a single charge, which means you could make over eight journeys before your car needs charging again or even drive as far as London to Leeds. There are plenty of electric vehicle options out there so make sure you find the one best suited to you by using our calculator.

Access to charging points may also be something that is stopping you from considering an electric car – 54% of customers questioned by carwow say charging points were their biggest concern. However, there are plenty of charging stations already available and Ofgem will be investing around £300m into the EV charging infrastructure in the UK, so charging availability will grow rapidly. The government also offers grants for workplaces to install chargers. Use our electric charging map to see the current availability in your area and give yourself peace of mind when it comes to making the switch.

Our calculator uses three main factors to work out the range your electric vehicle will need, as listed below:

Operating temperature is probably the biggest factor that affects an electric car’s range, with extremes severely reducing the amount of miles. The WLTP ranges provided for each vehicle are based on an ambient temperature of 23C, anything outside of that and mileage begins to change.

The speed and driving style also have a big effect on range, with lower speeds using up less electricity. For example, dropping your driving speed by 10mph can use up to 14% less energy. In addition, braking can be used to regenerate the battery charge, hence why urban usage gets more miles than motorway as there are lower speeds in the city and more chance for regenerative braking. Keep in mind, aggressively braking and accelerating is bad for range. For our speed and driving style calculations we make some assumptions, where urban speed is set at around 17MPH on average, motorway at 57MPH and combined is set at an average of 29MPH.

Using climate control to either heat up or cool down the cabin of the car also eats away at the battery. That's why EV range in extreme climates can take a double hit, both from the ambient temperatures as well as the use of climate control for the comfort of the driver and passengers.