How to sell a car for parts 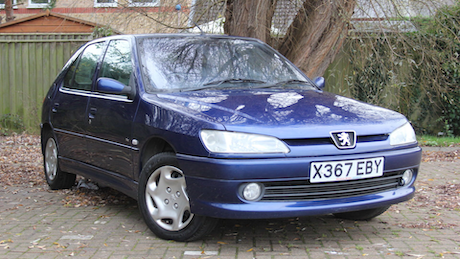 If your car is old, has high mileage or is in poor condition, you can still get some money for it by selling it for parts. All cars will have some parts that are salvageable, whether it’s engine components or interior trim pieces. Read on to find out how you can sell your car for parts.

There are a couple of ways you can go about selling your car for parts, whether it’s getting your hands dirty and stripping it yourself or selling it to a breaker’s yard.

How to sell a non running car

How to strip a car for spares and repairs

If you’re planning on stripping a car for parts yourself you will need some degree of mechanical knowledge. Taking a car apart a car can be fiddly business and you need to make sure the parts come out in one piece or they’ll be pretty much worthless.

Removing an engine from a car can take between six and eight hours depending on your skills, and you’ll need a pretty big tool kit to do it. Parts such as interior trim and electrical components tend to be a bit easier to take out as they are only held in with a few screws and clips, and the same goes for some exterior panels such as bumpers.

If you’re not mechanically minded it will definitely be worth getting help from someone who is, such as a friend or family member. You can also sell the whole car to a scrap merchant who will strip the parts themselves, but you won’t make as much money this way.

Where to sell car parts

Once you’ve slogged away stripping parts from your car, it’s time to make some money from them. The most common way to do this is through online marketplaces such as eBay or Gumtree.

This can be a good way to sell parts for a few reasons. If you haven’t got a clue how much the parts are worth, you can look at other listings to get an idea of how much to charge. Online marketplaces will also get your parts out in front of a huge audience, therefore maximising your chances of selling quickly.

Sell your car through carwow

eBay provides you with protection if things go wrong, for example if the buyer doesn’t pay you for an item. Beware that not all online marketplaces are so stringent, and won’t necessarily provide this sort of protection.

You could also consider selling your parts directly to a scrap merchant, as they will give you an instant price and you won’t be waiting as long for your items to sell. The issue with this is you won’t get as much as you would selling the parts yourself.

What car parts are most valuable?

The value of used car parts depends on a lot of factors including how complex they are, how much they cost new and how rare they are. If your parts aren’t available from new anymore this can also bump up the price.

Undamaged body panels are always in high demand as people look for replacements after an accident, the same goes for airbag units. The engine and gearbox are usually the most valuable part of the car, but this will vary depending on the condition and mileage.

Should I sell my car for parts?

There are a number of situations where selling your car for parts is the best way to go. If your car has been in an accident, stripping the salvageable parts can be a good way to make some money back. Just be aware that if your car is a ‘Category A’ write off then you’re not allowed to sell parts from it, however in these cases there’s rarely anything salvageable anyway.

If you have an old car that’s failed its MOT or is beyond repair, you’ll struggle to sell it as a complete car. In this case, you may make more money selling the parts from it.

Before you bust out the socket set and start pulling parts off, it’s always worth checking with local garages how much it would cost to repair the car. If you could make more money selling a running car than you would selling the parts, it’s just a case of weighing up the costs of repairing it against how much you’ll make selling it.

What about scrapping a car instead?

Scrapping your car is a lot less hassle than selling it for parts, however you won’t get as much for the car. You’ll be lucky to get more than £300 selling the car for scrap.

Some manufacturers offer scrappage schemes where they will offer discounts on a new car if you scrap your old one. Some of these discounts can be as much as £5000, however this is only on brand new cars.

Check out some scrappage scheme discounts on carwow by tapping the button below.

Check out the latest scrappage deals