How much does it cost to tax an electric car? 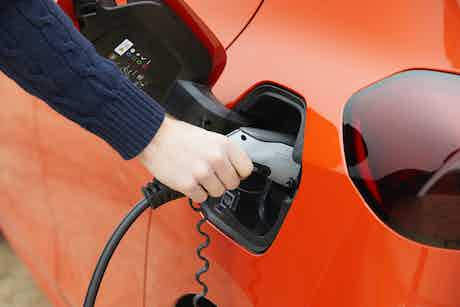 Owning an electric car brings quite a lot of benefits, including zero emissions, low running costs and the ability to stick your foot down for eye-opening acceleration without the usual histrionics.

Better still, an EV will save you even more money in tax — be it as a personal vehicle or a company car. Read on to find out how:

Do I need to pay VED for an electric car?

If you’re looking to buy an electric car, the good news is that you’ll pay no Vehicle Excise Duty (VED) on your new purchase. Prior to April 2020, electric vehicles costing more than £40,000 were liable for an annual tax charge for the first five renewals – but that has been abolished.

VED is calculated on CO2 emissions at the car’s exhaust pipe, and EVs emit nothing, resulting in their exemption. Whether or not a revised system to tax electric cars will come down the line remains to be seen.

The same exemption applies to hydrogen-fuel-cell cars. Plug-in-hybrid vehicles are not exempt, however, and fall into the same tax bands as conventional petrol or diesel vehicles.

How does company car tax work for an electric car?

It could be much cheaper to run an EV as your company car than you expected, then.

The company under which the electric car is being registered still needs to pay tax. The amount paid is calculated by its P11D value — which includes the total cost of the car inclusive of on-the-road fees and options — as well as its CO2 emissions.

If you’re the employee running the car, the amount you’ll pay is slightly more complex to figure out. Normally, company car tax for employees is worked out based on the vehicle’s P11D value, its BiK rate and your personal tax band.

Nevertheless, you will pay less using an electric car as a company car compared with equivalent-value petrol or diesel alternatives.

Are there any other tax benefits with owning an electric car?

There are a few benefits to owning an electric car that you might be well-positioned to take advantage of during your ownership.

One of the biggest is the exemption from the London Congestion Charge, which stands at £15 a day for cars that don’t meet Euro 6 emissions standards or which emit more than 75g/km of CO2. From October 25, 2021, this exemption will apply only to fully electric or hydrogen vehicles. The bad news is that the scheme will be discontinued from December 25, 2025, after which EVs will then be subject to the charge.

Electric vehicles can also enter the London Ultra-Low Emissions Zone (ULEZ) without incurring the £12.50 charge that other cars do. As more cities in the UK adopt such zones, you might find yourself able to move around a bit more freely in an electric car.

Businesses are also able to claim back the full cost of one electric vehicle as a capital allowance, as well as claim grants towards installing chargers through the Workplace Charging Scheme. Might be a good excuse to pester your boss for that new Tesla Model 3 or Porsche Taycan then…

Have more questions about electric cars? Take a look at these frequently asked questions: