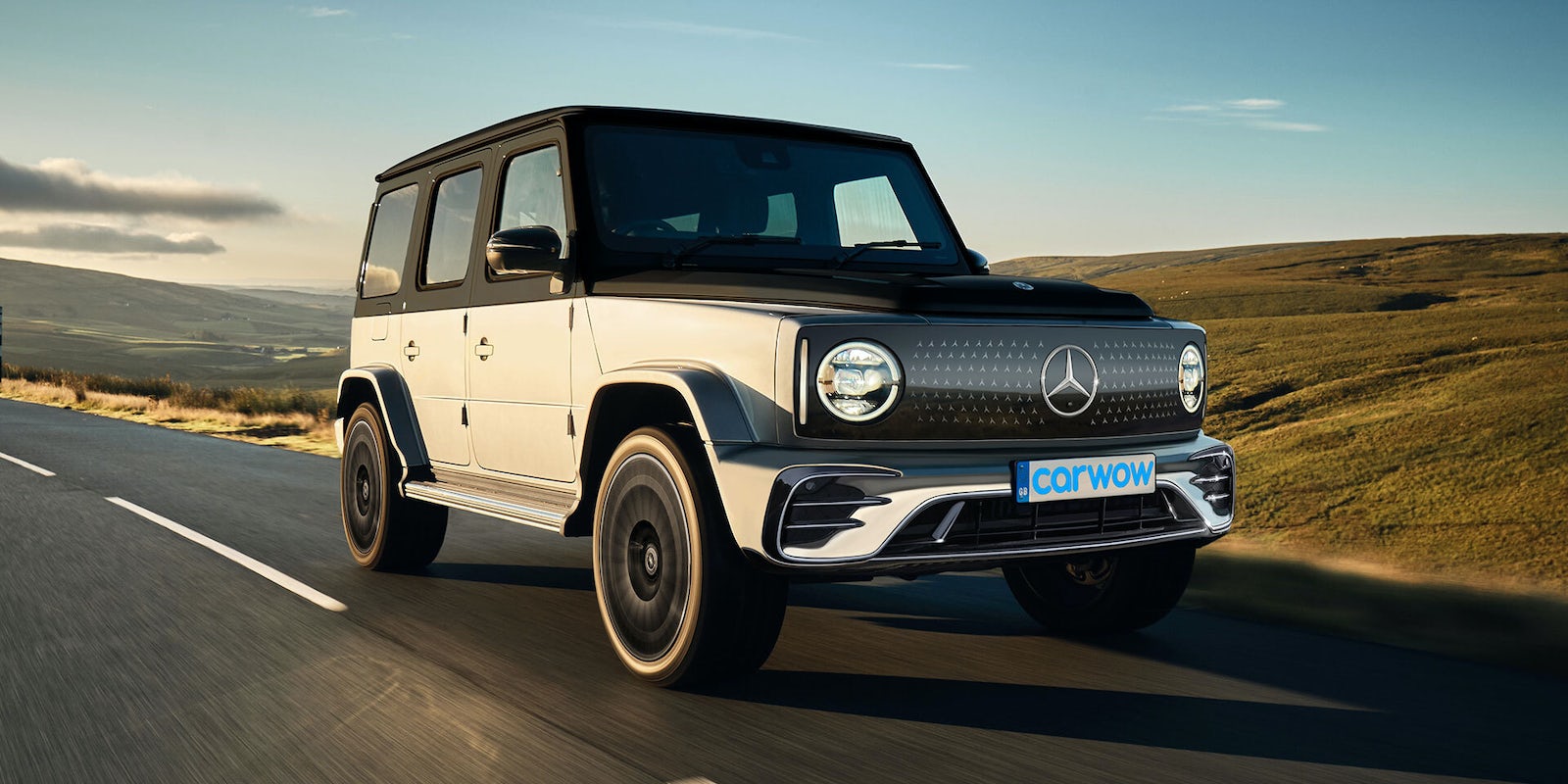 Mercedes EQG trademark filing is a sure sign that the electric G-Class is edging closer to production. Read on for more on what promises to be one of the most capable off-road SUVs yet.

Daimler AG, the parent company of Mercedes, has reportedly trademarked the names EQG 560 and EQG 580, signaling that its all-electric EQ range could soon be joined by a brace of electric G-Class models.

An electric version of the iconic off-roader was announced in 2018, and the EQG name was registered even earlier than that. The EQG models will join a range of upcoming large truck and SUV-style models which will serve as alternatives to the Hummer EV, Ford F-150 Lightning and the Canoo Pickup Truck.

The Mercedes EQG should incorporate design elements of the current G-Class models with the upcoming EQS Saloon and EQS SUV. The latter model has yet to be seen without its camo wrap-although our exclusive render of the EQG SUV should give you a fairly accurate representation of what to expect.

The signature squared-off lines and chunky bodywork will get a futuristic makeover with LED head and taillights, along with a similar blanked-off grille to the EQS saloon. You can be sure a two-tone paint finish will be offered as well, as with the EQS.

The EQG’s cabin should incorporate many of the EQS’s ultra-luxurious design elements. You’ll likely get a similar dual-screen infotainment setup as the S-Class as standard, but there’ll be the option to pay extra for a vast ‘Hyperscreen’ infotainment system as in the EQS (shown below.)

This new layout consists of an enormous piece of glass that houses three built-in touchscreens, 12-inch units on either side and an 18-inch display in the centre. Face recognition, ‘Hey Mercedes’ voice control and all the latest smartphone and satnav features will be included.

Infotainment aside, the minimalist approach will extend throughout the cabin, with configurable LED lighting, slimline air vents and plush interior materials.

The EQG models will likely source their electric drive systems from the EQS saloon, which means that the EQG 580 should get a twin-electric motor layout with up to 523hp along with a 108kWh battery pack. In the lighter and lower EQS 580, this results in 0-60mph in 4.3 seconds and a range of up to 478 miles. Expect those figures to take a hit as a result of the EQG’s increased size and weight.

A smaller 90kWh battery may also be offered, possibly in the EQG 560, although don’t expect the rear-wheel-drive single motor EQS layout to be made available in the off-road-focused EQG. What is much more likely to appear is the 761hp AMG performance variant that will first be seen in the EQS models.

All versions of the new electric off-roader are expected to come with 200kW fast-charging capability.

There is no official release date for the EQG as yet, although a reveal is possible in late 2022 with production starting soon after. Pricing of the current G-Class starts at just over £100,000 so, judging by other Mercedes EQ products, expect the EQG 560 to add a premium of at least £20,000 to this.