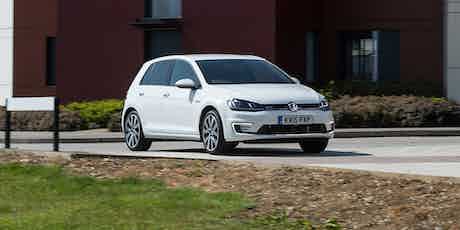 The variety of safety systems fitted to cars has exploded in recent years with old standards like traction and stability control now being supplemented by autonomous emergency braking and lane keep assistance.

Safety experts at the Thatcham Research centre have confirmed that, thanks to Volkswagen’s use of these systems, VW Golf owners are now 45 per cent less likely to make third-party injury claims compared to drivers of other small family cars. This translates to reduced insurance premiums thanks to its lower perceived risk level.

The system operates between 18 and 99mph on most models but can bring DSG-equipped cars to a complete stop if required. Using an array of sensors, the system can detect if an accident is imminent and either brake to reduce the impact or avoid it completely.

When a potential risk is detected, it first warns the driver by means of audio and visual alerts and, if these are ignored, it will then intervene. It primes the brakes to make their response more immediate and, if the driver uses insufficient braking force, it can engage them fully to bring the car to a stop even faster.

Systems fitted to the latest Passat also have the ability to detect if pedestrians walk out into your path. VW also fits the versions of the system to its Touareg SUV, Polo supermini and Up city car.

Cash in on not crashing

If you’re tempted by a system that helps you avoid accidents (why wouldn’t you be?) then look at the Volkswagen Golf in our car configurator to see how much you could save on one. See our guide for more information about autonomous braking and check out our latest discounts on our deals page.