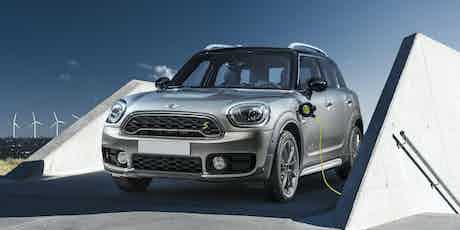 Mini’s announced prices for its plug-in hybrid Countryman, the Cooper S E, before it goes on sale in June 2017

Mini’s revealed its first plug-in hybrid, the Cooper S E Countryman. Due on sale 24 June 2017, this new model will reportedly return 134.5mpg and have an all-electric range of 25 miles.

The hybrid version will offer a more fuel-efficient alternative to the standard car thanks to a combination of an efficient three-cylinder petrol engine and a powerful electric motor. This stylish crossover will be capable of returning 134.5mpg and reaching 62mph from rest in just 6.8 seconds thanks, in part, to its grippy all-wheel-drive system.

With a full charge, you’ll be able to drive as far as 25 miles in near-silent electric-only mode. An ordinary household three-pin socket can charge the batteries in little more than three hours while public fast charging points can offer a full serving of electrons in two hours and fifteen minutes.

Those batteries mean its 405-litre boot is 45 litres smaller than the standard car’s with five seats in place and loses out by 115 litres with them folded away, however.

When it goes on sale on 24 June 2017 you’ll have to hand over at least £31,585 for the new Countryman hybrid. All models will come with a six-speed automatic gearbox while, inside, you’ll find sat nav, Bluetooth, cruise control and an emergency phone feature as standard.