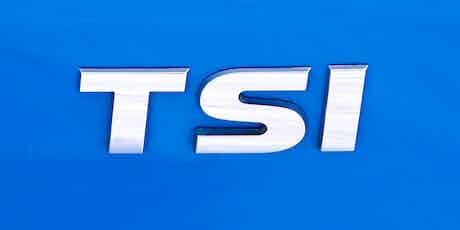 A new 1.5-litre TSI petrol engine aims to make the Volkswagen range more efficient than ever. Get all the specs here…

Volkswagen has announced the latest version of its TSI petrol engine range. The brand claims that, thanks to some seriously advanced technology, the new unit will perform more efficiently and deliver more power than the 1.4-litre it replaces.

The new 1.5-litre turbocharged engine (dubbed EA211 TSI evo – for you engine buffs), will feature throughout Volkswagen, SEAT, Skoda and Audi ranges. Power outputs stand at 129hp and 148hp, with other variants following at a later date.

Lots of components which none of us will ever see all help to, in theory, improve performance while reducing fuel consumption and emissions. For example, a cylinder deactivation system shuts down half of the four cylinders when cruising to save fuel. Regardless of the number of cylinders in use, a new internal coating reduces friction, helping the engine run more smoothly.

Volkswagen has fitted the new engine with a variable turbine geometry turbocharger. In simple terms, this turbo can change settings to respond quickly at low speeds then change again to deliver more power when you’re going a bit faster.

A revised cooling system results in better dissipation of heat within the engine, and allows it to reach its optimum temperature more efficiently. This not only helps it perform at its best sooner, but an added bonus is that occupants will notice the car warms up quicker.

Volkswagen says the result of all of these changes is a 10 per cent increase in fuel efficiency compared to the 1.4 TSI it replaces. Given Volkswagen’s recent history with dubious emissions claims, the brand is keen to stress that these benefits are as applicable in the real world as they are in laboratory tests.

Performance is improved, too. The 1.5-litre TSI produces its maximum torque from a diesel-like 1,300rpm right the way through to beyond 4,000rpm, so drivers won’t have to change gear as often to make progress.

Volkswagen has said the new engine will launch in late 2016. Though it hasn’t declared where we’ll see it yet, the outgoing 1.4 TSI features heavily in the Polo and Golf ranges. We expect the new Tiguan crossover to benefit, too