News Updated laws for 2022: what drivers need to know

Updated laws for 2022: what drivers need to know 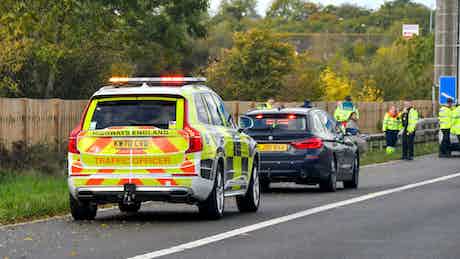 There’s a few different laws and rules introduced for drivers in 2022, here’s a summary of what you need to know.

The highway code was updated at the end of January 2022, giving priority to pedestrians and cyclists. A new ‘hierarchy of road users’ puts more responsibility on the drivers to protect those who are more vulnerable.

What are the 2022 highway code changes?

Guidance has also been updated on cycling and overtaking cyclists. These changes came into force at the end of January 2022.

Rules tightened for mobile phone use while driving

The law around using your phone while driving is going to be made more strict in order to improve road safety.

The amended law now specifies that you cannot use your phone for taking pictures, playing games or scrolling through playlists, amongst other things.

Find out more about the new phone laws

You can still use your phone for navigation as long as it’s in a secured cradle and you don’t touch it while driving. The fine if you’re caught using your phone remains at 6 points on your license and a £200 fine.

The Plug-in car grant is a contribution from the government towards the cost of a new electric car.

The plug-in car grant was reduced from £2,500 to £1,500 in December 2021, and only cars under £32,000 are eligible. Plug-in hybrids are also no longer covered. The £1,500 discount is applied automatically at the dealer, who will then have the money reimbursed.

The grant also used to be available for cars that emit under 50g/km and can travel 70 miles on electric power alone, however, this has been scrapped now only pure electric vehicles are eligible.

All new homes to get EV chargers by law

New-build houses from 2022 will need to be fitted with electric car chargers, in a bid to speed up the rollout of EVs across the country.

Any new homes, new supermarkets or buildings undergoing major renovations will need to have EV chargers fitted. Prime Minister Boris Johnson said this scheme could mean an additional 145,000 chargers per year across the country.

The rollout of smart motorways has been paused until there’s five years worth of safety data, following a government enquiry. Smart motorways monitor traffic flow and vary the speed limit and number of live lanes to minimize congestion.

They have no hard shoulder for drivers to pull onto in the event of a breakdown, instead they use overhead gantry signs to close the live lane in an emergency. This is where the safety concerns come from, as drivers could be stranded in a live lane.

There are currently around 375 miles of smart motorway in the UK, including sections of the M25, M3, M4 and M6. All ongoing smart motorway projects will be completed, though no new ones will start for at least five years.

This will give the government and safety organisations a chance to gather data and work out if they pose an unnecessary danger to motorists.

Local councils can now apply for permission to issue tickets for minor traffic offences, a power that was previously only held by the police.

Councils can now hand out tickets for stopping in a yellow box junction, driving in bus/cycle lanes, illegal turns and disobeying a no-entry sign, amongst other things.

These laws will mainly be enforced using traffic cameras, with a maximum fine of £70 being issued. Local councils will have to apply for permission from the government to enforce traffic laws.

All new cars to get speed limiters from July

Any new car sold in Europe after 2022 will be legally required to be fitted with a speed limiter in order to boost road safety.

A speed limiter is a device that will stop your car from exceeding a certain speed set by the driver. This can be handy for making sure you don’t inadvertently break the speed limit.

All cars in Europe will be sold with “intelligent speed assist”, which uses GPS data and cameras to read the speed limit and set the limiter accordingly. The European Transport Safety Council predicts this could reduce collisions by 30%.

What is the national speed limit in the UK?

The system can be overridden by the driver in certain cases, such as when overtaking. There will be an audible warning that you’re driving too fast.

Looking for a great deal on your next car? Head over to the carwow configurator to build your ideal model and get it for a fair price. You can also now sell your car through carwow. It’s quick and easy, plus you’ll get a great price for it.